20 Years Since Harry Potter Went To Hogwarts: A List Of Essential Terminology

Next week marks the 20th anniversary of the first Harry Potter film. 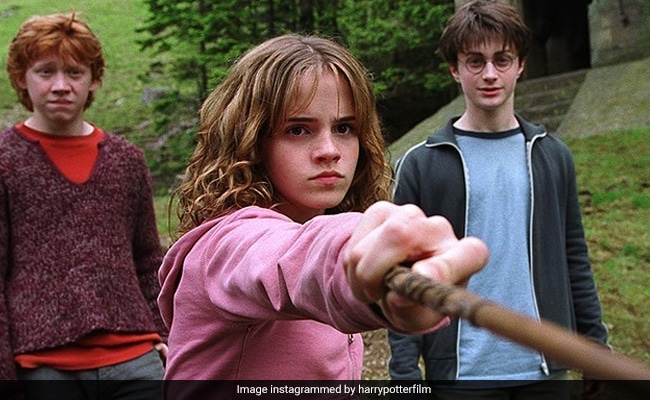 If you are a Harry Potter fan, it's time for you to celebrate. Next week marks the 20th anniversary of the first Harry Potter film. Did that get you excited? You could be planning a get-together with fellow Harry Potter fans or simply revisiting the movies in the next few days. Before that, let's revisit some Harry Potter trivia that we might have overlooked as children. JK Rowling packed her books with excruciating details, naming magic potions and spells and fantastic objects in the narrative. Some of the die-hard fans out there may already be familiar with them. For the rest, here's a list of the terms from Harry Potter that you must know:

When people tell you that they want to take the train from platform nine and three-quarters, you should at once see the Harry Potter link. This is the invisible platform between Platforms 9 and 10 at King's Cross Station from which the train to Howard's left.

It is a walnut-sized gold-coloured ball with silver wings that flies at great speed. This is the smallest of the three balls used in the fictional game called Quidditch.

This is the levitation charm that's taught to students in the first year at Hogwarts School of Witchcraft and Wizardry. This spell stuck to our minds after Hermione Granger condescendingly corrected Ron Weasley's pronunciation.

A Boggart in Harry Potter series is a shape-shifting non-being that takes on the form of its observer's worst fear.

5) The Mirror of Erised

This magical mirror shows the observer's deepest desire. In fact, when you flip "Erised" it reads "desire".

Unless you followed the Harry Potter narrative by heart, you might have forgotten this name. You-Know-Who is the alias for the story's villain, Lord Voldemort.

Death Eaters are the ardent followers of Lord Voldemort. They wore black hoods and masks and practised the Dark Arts with malevolence and without restraint.

This refers to the act when a Dementor sucked the soul out of a person and left them in a vegetative state, like empty shells.

The Forbidden Forest was also known as the Dark Forest. It bordered the edges of the Hogwarts School and contained many secrets that unfurled in the course of the narrative.

This species of plant would attack anyone or anything within its range. The most famous of these species were planted on the grounds of Hogwarts School.

Harry Potter Stars: Where Are They Now?