Anil Kapoor said that he believed in the message of the film. 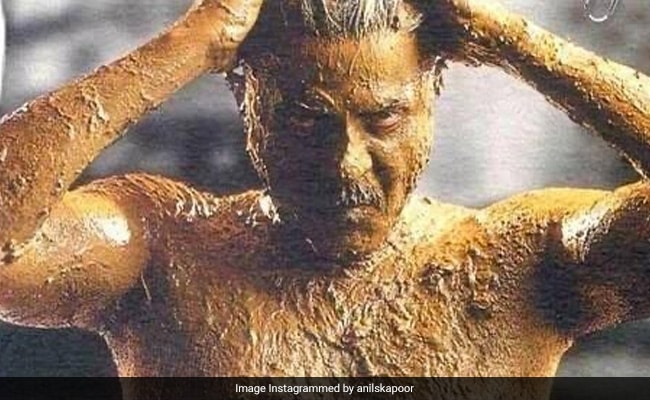 Anil Kapoor in an iconic still from Nayak (courtesy anilskapoor)

Actor Anil Kapoor has several classic films to his credit. From comedy to thriller, the veteran actor has done it all. A movie that most fans would pick as one of his best films has to be Nayak. The film in which the actor played the role of a television presenter, who gets the opportunity to be the Chief Minister for a day, has gained cult status since its release in 2001. Now, on the occasion of the film's 20th anniversary, Anil Kapoor has penned a special note on social media. Along with the note, the actor shared a poster taken from one of the film's iconic sequences in which Anil Kapoor is immersed in dirt and mud.

Anil Kapoor wrote, “20 years ago, I was the reel life CM for a day and the rest is history. A lot of people had their views about me doing Nayak but I knew I had to do this film and believed in its message. And, now here we are celebrating 20 years of Nayak.” The actor tagged the film's director, Shankar Shanmugham and his co-stars, Rani Mukerji, Paresh Rawal and Johny Lever. Anil Kapoor also referred to the late actor Amrish Puri in a hashtag.

It came as no surprise that fans and followers of the actor flooded the comment section with responses. Ranveer Singh, who worked with Anil Kapoor in Dil Dhadakne Do, wrote, “Cult,” with a fire emoticon. Celebrity photographer Atul Kasbekar, who shot the photo, wrote, “Wow. I shot this poster, AK. Time flies.” Celebrity hairstylist Aalim Hakim wrote, “Legend.”

The actor is often seen revisiting some of his best works on special occasions. When 1942: A Love Story completed 27 years since its release earlier this year, Anil Kapoor shared a video montage of the film's scenes with the song Ek ladki ko dekha toh aisa laga playing in the background.

Anil Kapoor was last seen in AK vs AK. His next film is Jug Jugg Jeeyo with Neetu Kapoor, Varun Dhawan and Kiara Advani.