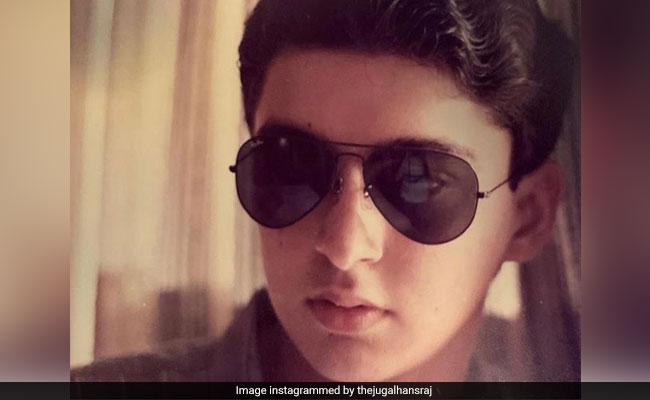 Jugal Hansraj, who is best-known for his performance in the 2000 film Mohabbatein, made a trip down memory lane on Thursday and shared a really old photograph of himself on Instagram. The throwback picture happens to be from his teenage days and it proves that the actor's "swag" has been on point since forever. The photograph features a much, much younger Jugal Hansraj sporting a pair of black sunglasses and posing for the camera. Sharing the memory, the actor revealed it was clicked when he was 17. "That teenage swag #tbt #seventeenyearsold," he wrote in the caption. Take a look at his post here:

Jugal Hansraj, every now and then, shares a page from his throwback diaries. In one of his previous posts, he shared a picture from his childhood and wrote: "I still look the same, no?"

I still look the same, no?

Sharing another childhood memory in April, he captioned it like this: "Fashion forward since 1984 #ThrowbackThursday #childhoodmemories #fashionforward."

Jugal Hansraj made his debut in Bollywood in 1983 as a child artist in Masoom, which featured Naseeruddin Shah and Shabana Azmi in the lead roles. He went on to work in films such as Aa Gale Lag Jaa and Papa Kehte Hain. However, the actor's breakthrough film is Mohabbatein, in which he co-starred with Amitabh Bachchan, Aishwarya Rai Bachchan, Shah Rukh Khan, Uday Chopra, Shamita Shetty, Kim Sharma, Jimmy Shergill and Preeti Jhangiani.

Jugal also ventured into direction with the animated film Roadside Romeo, which even won a National Film Award in 2010. He even directed his friend Uday Chopra and Priyanka Chopra in Pyaar Impossible!.