The 49-year-old actor found a spot on the trends' list on Friday, courtesy a viral video, which has been doing the rounds on the Internet 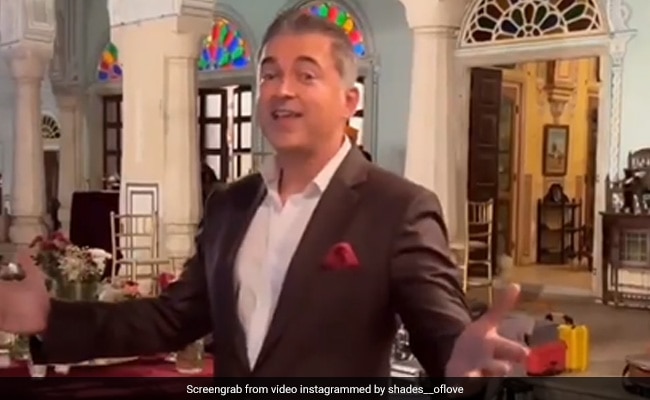 Jugal Hansraj in a still from the Instagram video (courtesy shades__oflove)

Hello there, Jugal Hansraj! Long time no see. The 49-year-old actor found a spot on the trends' list on Friday, courtesy a viral video, which has been doing the rounds on the Internet. Jugal Hansraj, who featured in Aditya Chopra's 2000 movie Mohabbatein, can be seen breaking into an impromptu dance gig in the video - the song he dances to is Aankhein Khuli from Mohabbatein. 21 years later, Jugal Hansraj still remembers the hook step of Aankhein Khuli but not the entire choreography. Towards the end of the viral video, Jugal Hansraj can be seen gesturing that he's forgotten some of the choreography. Jugal Hansraj, A for effort.

Here's the viral video, which appears to be from the sets of a shoot with filmmaker Akarsh Khurana.

Jugal Hansraj dancing to Aankhein Khuli gave us major Mohabbatein vibes. Here's the original song from the movie, which had become a chartbuster.

In Mohabbatein, Jugal Hansraj was cast opposite Kim Sharma. The ensemble cast of the movie was headlined by Amitabh Bachchan and Shah Rukh Khan, and also includes names such as Shamita Shetty, Uday Chopra, Preeti Jhangiani and Jimmy Shergill. Aishwarya Rai Bachchan, cast as Shah Rukh Khan's love interest, featured in an extended cameo in Mohabbatein.

After Mohabbatein, Jugal Hansraj featured only in a handful of movies such as Aaja Nachle and Hum Pyar Tumhi Se Kar Baithe. He directed his Mohabbatein co-star Uday Chopra in Pyaar Impossible!. Jugal Hansraj was last seen in Kahaani 2. He's also featured in TV shows such as Karishma, Yeh Hai Aashiqui and Rishta.com.