It appears that Janhvi Kapoor didn't want to wait till Thursday to share a throwback photo with her best friend Tanisha Santoshi. We're glad It appears that Janhvi Kapoor didn't want to wait till Thursday to treat her Instafam to an old is gold throwback photo, featuring herself and best friend Tanisha Santoshi. We're glad. On her Instagram stories, Janhvi shared two sets of photos with Tanisha and another friend and wrote, "Don't you know why I'm trying to choke you." In the first photo, little Janhvi is sandwiched between her two friends and she holds Tanisha, who was a baby then, from the back. In the other photo, taken just after one year from the previous one, Tanisha is seen sitting between the two. "One year later... and I still don't know why I'm trying to choke you," reads the caption. 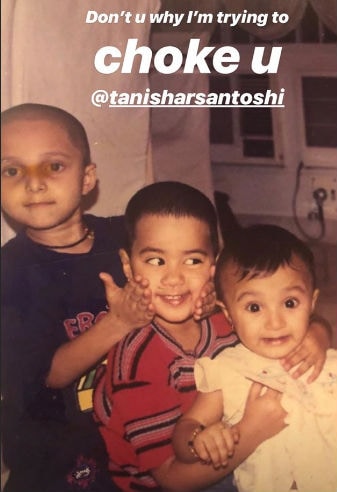 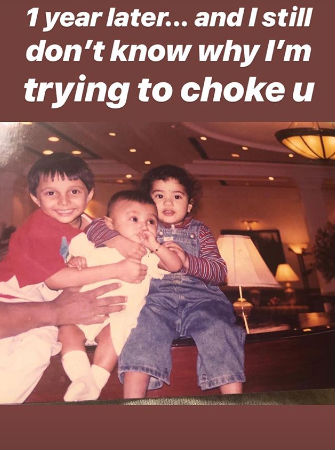 Tanisha, daughter of filmmaker Rajkumar Santoshi, is Janhvi and her sister Khushi's closest friend. They often go on vacations together and in Mumbai, the trio have been spotted together at various parties and outings. Last month, Janhvi, Khushi and Tanisha went to Barcelona for a short trip.

Janhvi and Khushi are daughters of late actress Sridevi and filmmaker Boney Kapoor. Janhvi debuted in the film industry with 2018's Dhadak, a remake of Marathi blockbuster Sairat. Dhadak was produced by Karan Johar and Shashank Khaitan directed the film. Janhvi starred opposite Ishaan Khatter, Shahid Kapoor's brother, in Dhadak.