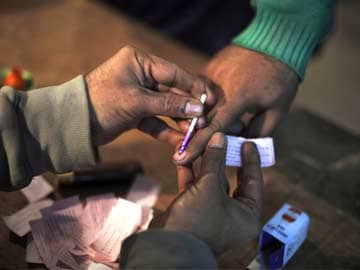 New Delhi: A whopping Rs 30,000 crore is likely to be spent by the government, political parties and candidates in the upcoming Lok Sabha elections, making it by far the most expensive electoral exercise in Indian history.

The projected expenditure to elect the 16th Lok Sabha is set to rival the USD seven billion (approximately Rs 42,000 crore) spent by candidates and parties in the 2012 US presidential elections.

A study carried out by Centre for Media Studies on poll spendings says "unaccounted for" money pumped in by "crorepati" candidates, corporates and contractors has pushed up the expenditure to elect 543 MPs.

While the Election Commission is likely to spend around Rs 3,500 crore, the Union Home Ministry, Indian Railways, various other government agencies and state governments will spend a similar amount to put in place means to ensure free and fair polls.

"But the final figures will emerge after the poll process is on. Money will be debited to the Election Commission account through book adjustments by various agencies," explained a senior government official.

The study says the recent decision to hike expenditure limits for Lok Sabha elections to a maximum of Rs 70 lakh and a minimum of Rs 54 lakh, is one of the reasons for poll expenditure to touch the Rs 30,000 crore mark.

According to a rough, unofficial estimate, after the hike in poll expenditure cap, candidates in fray for 543 seats alone could spend nearly Rs 4000 crore in the Lok Sabha polls.

"Till recently, political parties used to spend more during election. Now, the trend has changed with candidates in most cases spending more than the parties. Now where is this money coming from? It is coming from crorepati candidates, corporates and contractors," Centre for Media Studies Chairman N Bhaskara Rao told PTI.

Rao claimed that different industries in different states contribute to election funding. "Be it tendu leaf business, mining business or the cement industry, they all contribute," he said.

He said despite efforts, the electoral system lacks a "level playing field" due to unaccounted for or black money.

Data collected from Election Commission and Law Ministry websites and compiled by the poll panel show that expenditure on conducting Lok Sabha polls have increased 20 folds - from 60 paise in the first general elections in 1952 to Rs 12 in 2009.

Cost wise, the 2004 Lok Sabha election was the heaviest on government exchequer with about Rs 1,114 crore spent in the exercise. In this election per voter cost too was the highest as government had spent Rs 17 per elector.

There was an increase in the election cost by 17.53 per cent vis-a-vis the 1999 general elections despite the fact that there was reduction in number of polling stations by 11.26 per cent.

In first six Lok Sabha polls, cost per elector was less than a rupee, but coming elections saw a massive hike in election expenditure.

The reasons for the hike could be attributed to the fact that several political parties have jumped into electoral fray and even the number of Independents contesting polls have increased.

Voter awareness campaigns, distribution of voter slip ahead of election date, use of Voter Verified Paper Audit Trail for the first time in the 2014 Lok Sabha polls may increase expenditure further.

The entire expenditure on actual conduct of elections to Lok Sabha is borne by the Centre. But, expenditure towards law and order maintenance is taken care of by respective state governments.

Promoted
Listen to the latest songs, only on JioSaavn.com
"If the turnout is 75 per cent, the expenditure works out at Rs 500 to Rs 600 per voter," it says.