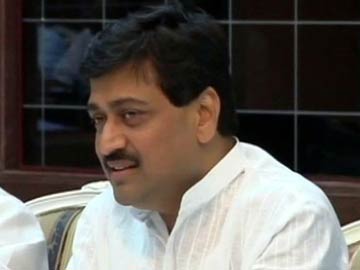 Information and Broadcasting Minister Manish Tewari will not contest the elections and his seat Ludhiana in Punjab has been given to Raveneet Singh Bittu, sitting member from Anandpur Sahib where the party has fielded AICC General Secretary Ambika Soni.

Mr Mistry, who had won the 2004 Lok Sabha elections from Sabarkantha, Gujarat, and is at present a Rajya Sabha member, was announced as the candidate from Vadodara.

Narendra Rawat, who was elected in the party primaries to contest from Vadodara, expressed his inability to face the fight against Mr Modi who was named later.

The announcement of Mr Mistry's candidature was made by AICC General Secretary Ajay Maken who also strongly defended the party decision to field Mr Chavan from Nanded in Maharashtra.

Mr Mistry, who is AICC General Secretary in-charge of Uttar Pradesh, was elated over the opportunity to take on Mr Modi.

"I was waiting for this moment for long. I will fight Modi to defeat him in Vadodara. I am very confident", he said.

Responding to a volley of questions about scam-hit Ashok Chavan, Mr Maken said "no court or Election Commission has barred Ashok Chavan from contesting polls. His case is different from that of Suresh Kalmadi. While Kalmadi has been chargesheeted, court has not taken cognisance of the case against Chavan".

Last week, Congress had denied re-nomination to Kalmadi, sitting MP from Pune, in the wake of graft charges against him in the conduct of the Commonwealth Games in 2010 of which he was the Chairman of the Organising Committee.

Ever since Mr Modi's candidature was announced from Vadodara, there was speculation that Congress will change its candidate from the seat as the party declared that the electoral battle against the BJP's PM candidate will be fought strongly especially in constituencies which he is contesting.

The name of senior Congress leader Digvijaya Singh is doing the rounds for Varanasi seat against Modi and the party has made it clear that it will not vacate the political space by not contesting in favour of any candidate including Arvind Kejriwal.

Mr Mistry and Mr Chavan were among the 12 candidates announced in the seventh list released by Congress tonight.

Promoted
Listen to the latest songs, only on JioSaavn.com
With this, a total of 398 candidates have been announced by the party.