Earlier in June this year, the IIT Bombay was ranked 179th in the QS World University Rankings, showing an improvement in its 2017 performance by 40 places.

The results of Asia University Rankings were release on Monday, October 16, 2017 by QS, a British company.

IIT Bombay ranks one in India, with an overall score of 75.7 out of 100. The Institute has score of 88.1 in academic reputation, 97.5 in employer reputation, 44.5 in faculty student ration, 96.3 in staff with PhD, 89.6 in papers per faculty, 9.7 in international faculty, 6.3 in international students, 10.9 in inbound exchange students, 9.1 in outbound exchange students, and 41.4 in citations per paper. Among these ten parameters, Employer Reputation indicated the strongest one for IIT Bombay with a rank of 21 globally.

"I am glad that IIT Bombay continues to rise in the rankings.  This is a reflection of the excellent work being done by faculty and students of the Institute," Director of the Instituet Prof. Devang Khakhar said.

Considering there are approximately 11,900 universities globally, this made IIT Bombay one of the top 1.0% universities in Asia.


Nanyang Technological University, Singapore (NTU Singapore) is Asia's top university, according to the QS in its Asia University.

NTU, which is renowned for being among the world's best universities for engineering and technology, rose two spots from last year to be placed in the leading position of the QS Asia University league table ahead of 400 universities in Asia. 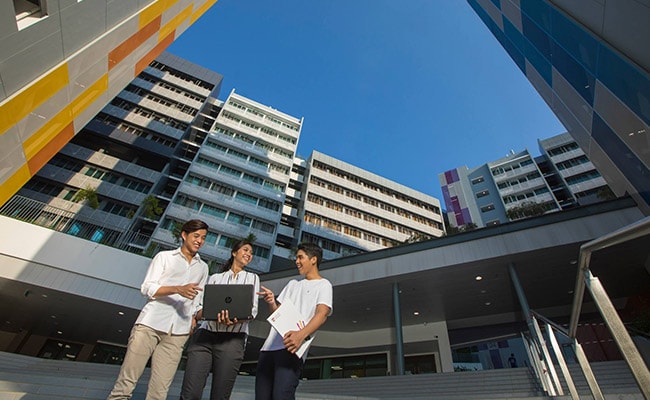 
"NTU has made fantastic progress, having risen from No. 14 when the QS Asian rankings began in 2009. The latest rankings are an outstanding achievement and strong endorsement of NTU's excellent reputation built up over the years, and I wish to thank the entire NTU community for their contributions," NTU President, Professor Bertil Anderson said.

Universities from Singapore, Hong Kong and China dominated the rankings:

Daughters Of Families Earning Up To 1.8 Lakh To Get Free Education: Haryana Chief Minister