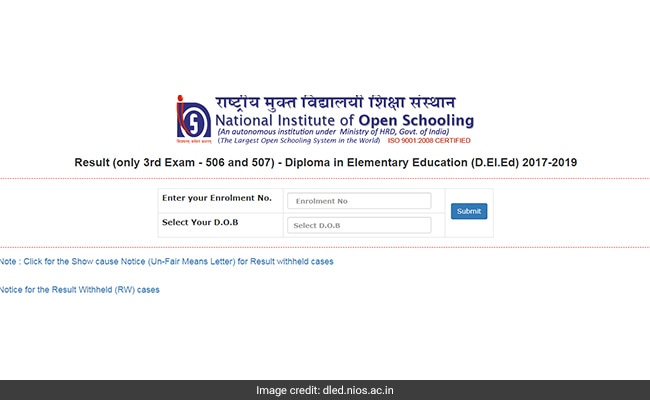 The fifth NIOS D.El.Ed exam will be held from March 26 to March 30.

"The result of examinations is likely to be declared in 8 to 10 weeks after the last date of examination," the National Institute of Open Schooling (NIOS) had said in the official notification released in October, 2018. As of now, the official link has the results of the second D.El.Ed exam.

Maharashtra Board To Declare SSC Class 10th Result This Week

National Aptitude Test In Architecture (NATA) Phase 2 Over; What’s Next