The exams will begin with First Language Part 1 paper on March 7 Wednesday and the exam will be concluded on March 28 -- another Wednesday - with Second Language English paper.


The students who are checking for Kerala SSLC or class 10 2018 exam schedule may check the dates here: 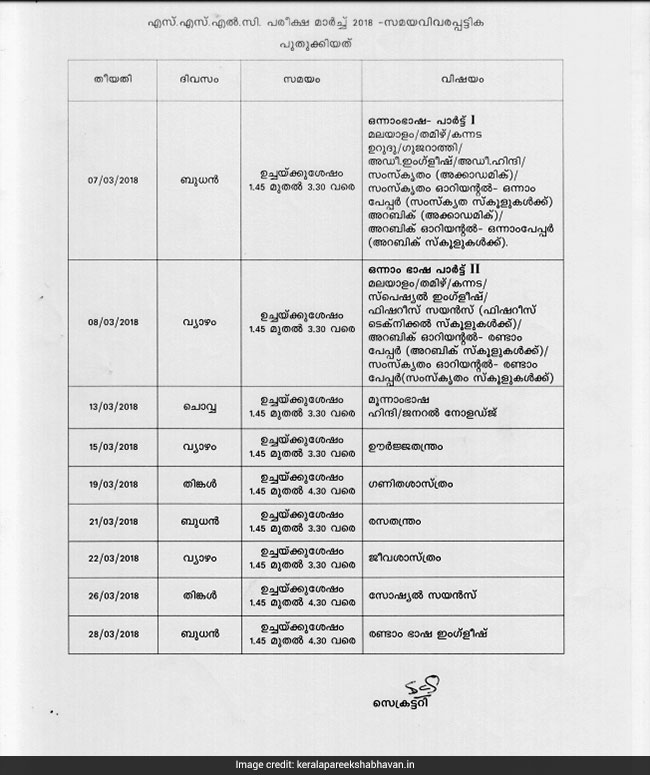