Dr Zakir Husain Library, the iconic Central Library of Jamia Millia Islamia (JMI) was thrown open to its students today after its vandalization on December 15, 2019. 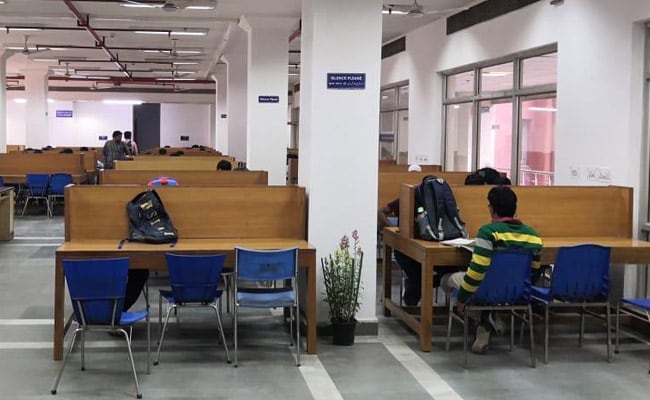 Dr Zakir Husain Library, the iconic Central Library of Jamia Millia Islamia (JMI) was thrown open to its students today after its vandalization on December 15, 2019. The library has been reopened after its extensive renovation and face lifting, and was hugely welcomed by large student community of the university.

With nearly 800 seating capacity consisting of a reading hall, research floor, reference and periodical section and a well-equipped digital resource centre, comprising of 150 computers, library resumed all its services today. The text book and research sections of the library are opened till midnight and witness huge footfall.

Effort has been made by providing better facilities to students by installing LED lights and providing new and comfortable chairs, a statement from the varsity said.

"Library proposes to strengthen its user services in coming days by extensively leveraging information and communication technologies. It is a matter of great satisfaction that despite heavy odds library has been able to utilize its budgetary allocation completely and renew its subscription to electronic databases," the statement added.

Officiating Vice Chancellor Prof Ilyas Husain expressed satisfaction over opening of the new block of the library after a long time. He hoped that the old section of the library will also be opened soon.

The period of nearly three months during which library remained closed was utilsed for improving the functioning of a large number of Faculty and Departmental Libraries by deputing there the staff of Central Library, the statement said.

The free time was also utilised to migrate library management software to an open source software from the commercialone for more effective integration and discovery of resources, it added.

In the CCTV footage, policemen in riot gear are seen barging into the library and beating students with batons.

On December 15 last year, the Delhi Police had thrown teargas shells inside the campus.