IIM Udaipur To Implement 10 Per Cent EWS Quota From 2020

IIM Udaipur has decided to implement the quota in the forthcoming 2020- 21 session. 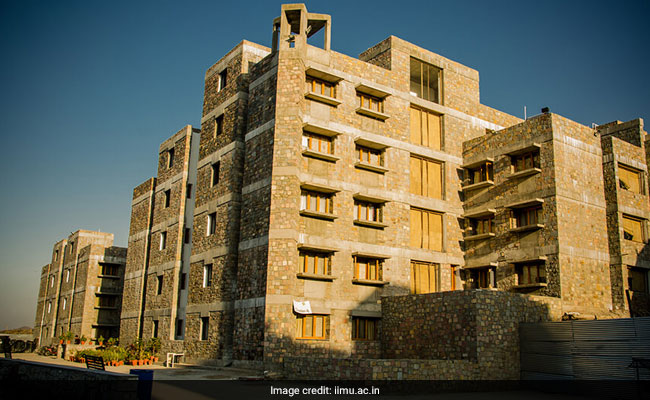 At a time when the other Indian Institutes of Managements (IIMs) are in a bind over reserving 10 per cent of seats for students from Economically Weaker Sections (EWS) as announced by the NDA government, IIM Udaipur has decided to implement the quota in the forthcoming 2020- 21 session.

"We have already implemented 5 per cent quota in 2019-20 session. However, as the announcement came a little late when we have had already started with admissions, we have decided to start the 10 per cent EWS quota from the coming academic session of 2020-21," said Pankaj Patel, chairman, IIM Udaipur while speaking to IANS.

The NDA government's scheme of bringing in 10 per cent quota for EWS students has kept many IIMs mum on the issue. Additional 10 per cent quota means increasing the student strength in these institutes which will challenge the faculty-student ratio.

"Several alumni from other IIMs including Harsha Bhogle have joined the board. We have attained important milestones while moving forward," he said. "All our board members are pioneers in the industry and are bringing in a practicable course which will make a difference for us," he added.

When asked if the slowdown in economy worries him when it comes to placement issues, he said, "It's true that we can't be insulated from the downturn impact. However, I feel that those schools focussing on new-age companies, for example, digital, and focusing on leadership capabilities are less likely to be hurt. But there is no way we can be insulated from the impact of the economy."

"Meanwhile, there are many organisations which use the downturn as an opportunity to build capability. My sense is this is a bliss downturn and it won't be affecting those schools which are preparing managers for future," he added.

However, if there is a long spell, then definitely there will be worry, he said adding that "As the government is taking steps, we are hopeful of the best times coming."

"We are working on getting 10 of our schools in the global list of 100 best institutes by 2030. What I feel is that we need to give a slightly longer horizon to anything which is building a brand by conducting research."

(This story has not been edited by NDTV staff and is auto-generated from a syndicated feed.)
Comments
IIMIIM UdaipurEWS