ICSI CS exams scheduled on December 23 and December 24 have been postponed.

The examinations which are scheduled from December 26, 2019 onward will be held as per the schedule released by the institute earlier.

The subjects and corresponding modules for which the exams have been postponed are given below: 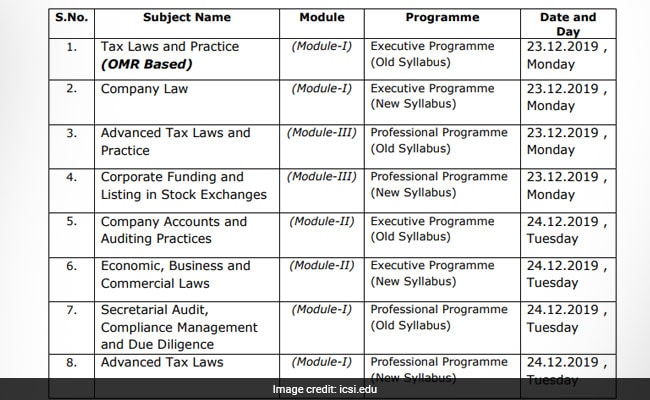 ICSI has postponed CS exam scheduled on December 23 and 24

The result for the CS December exam will tentatively be released in February next year.

The CS pre-exam for December session was held in October. The CS pre-exam is a mandatory exam for the students of Executive programme and Professional programme, under the new syllabus of ICSI, to be eligible for enrolling for the December 2019 session.

12th Board Exams: How Different States Will Evaluate Students This Year