Above 80% Attendance Registered In CSIR NET 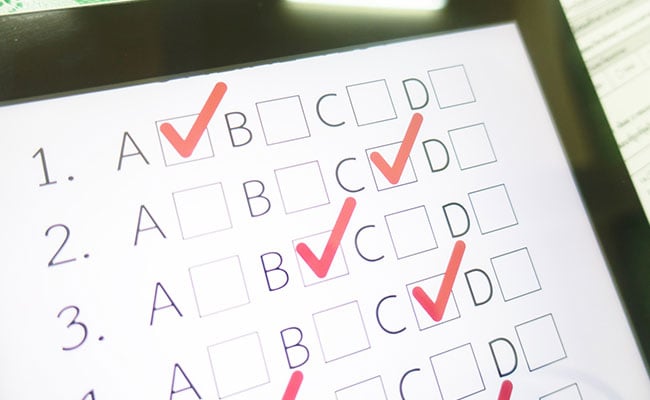 More than 80% of the candidates who had registered for the CSIR NET took the exam on December 15. The exam was conducted under the supervision of the National Testing Agency (NTA) for the first time; prior to this Council of Scientific and Industrial Research (CSIR) conducted the exam. Close to 3 lakh candidates had registered for the exam. "Overall attendance percentage was 80.17% for first shift and 81.29% for second shift," said NTA.

Meanwhile, it is yet to announce a new exam date for Assam and Meghalaya, where the exam was cancelled in view of protests against the CAB. A total of 7,772 candidates were scheduled to appear for the exam from 24 centres in the both the states. "The revised date of examination for the states of Assam and Meghalaya will be announced soon," it had said in a notice released on December 14.

"Live CCTV Surveillance was done in 581 examination centres to curb malpractices in the examinations. The NTA made arrangements for live viewing at control room situated in the NTA. Live recording of CCTVs systems of all examination centres including remote locations was also visible at the NTA control centre. A total of more than 5000 CCTV cameras in each shift were installed," it added.

The result is expected by December 31.