Yamuna was flowing at 203.37 metres on Sunday evening and its water level is expected to rise further on Monday as 8.28 lakh cusecs water was released from Haryana's Hathini Kund barrage at 6 pm, an official said. 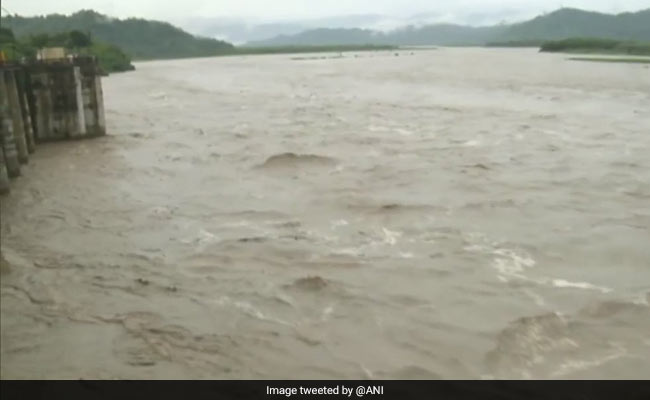 The Delhi government today sounded a flood alert for the city and asked people living in low-lying areas to move to safer places as the water level in the Yamuna river is expected to cross the danger mark, the officials said.

The Yamuna was flowing at 203.37 metres on Sunday evening and its water level is expected to rise up to 207 metres on Monday as 8.28 lakh cusecs water was released from Haryana's Hathini Kund barrage at 6 pm, an official said.

"Water level is rising due to heavy rains as well as release of water from Hathini Kund Barrage and water level of Yamuna may rise up to 207 metres by 10 am tomorrow, putting at risk to public life and property," East Delhi district said in its order.

It has directed all sub-divisional magistrates to evacuate people from low-lying areas with the help of Delhi Police and civil defence volunteers by 9 am on Monday.

Haryana released several lakhs of cusecs water in intervals on Sunday. At 5 pm, 8.14 lakh cusecs water was released from the barrage, he said.

The Delhi government said preparations are being made to erect tents in nearby areas to accommodate the people living in the low-lying areas.

A meeting of officers was held on Sunday evening to discuss measures to deal with any flood-like situation.

In July last year, traffic movement on Old Yamuna Bridge in Delhi was closed for a few days after the water level breached the danger mark.

"In View Of Anti-CAA Protest...": Delhi Cops Had Asked For Temporary Jail