The woman and her family members were provided CRPF security by the Supreme Court after she was severely injured in a road accident on July 28 this year which killed her two aunts and also injured her lawyer. 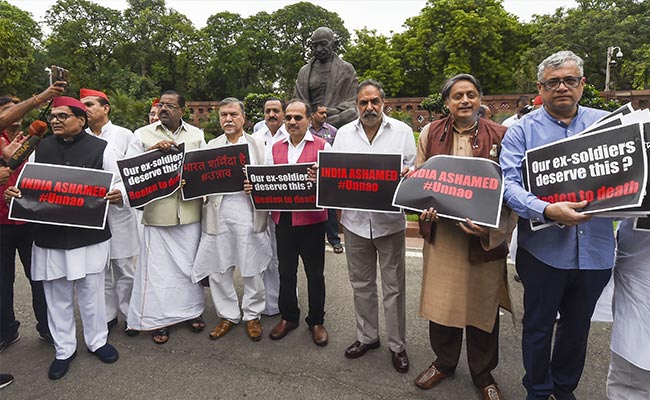 The Delhi Commission for Women (DCW) Thursday sought seven days from a city court for providing accommodation to the family of the Unnao rape survivor, who was allegedly raped by expelled BJP MLA Kuldeep Singh Sengar in 2017.

The woman and her family members were provided CRPF security by the Supreme Court after she was severely injured in a road accident on July 28 this year which killed her two aunts and also injured her lawyer.

The DCW told District Judge Dharmesh Sharma during an in-camera proceedings that they have identified few residential houses for the family and the security personnel but needed some time to finalise the deal, a lawyer privy to the matter said.

The court directed the Superintendent of the Jay Prakash Narayan Trauma Centre, AIIMS, Delhi to accommodate the rape survivor and her family at the hostel where they are currently lodged, till further orders, the lawyer said.

The court had earlier asked DCW chairperson to nominate a team of two counsellors to assess their residential requirements and assist them in finding accommodation after the counsel for the rape survivor told the court that landlords were unwilling to give their premises on rent to them for a short duration and due to the background of the case.

The court had said the team would assist them in locating and providing suitable place in Delhi at a reasonable rate of rent or in any government accommodation for at least 11 months, he said.

The rape survivor's family had earlier told the court that they wanted to reside in the national capital apprehending threat in Uttar Pradesh, their native state.

The woman was brought to AIIMS after an accident on July 28, following the Supreme Court's orders. The family is under CRPF security.

The court had earlier framed charges against the MLA for allegedly kidnapping and raping the woman in Unnao in 2017, when she was a minor.

The rape survivor's father was arrested on April 3, 2018 in a case by the police under the Arms Act. He died in judicial custody six days later.