In a tweet, Mr Kejriwal said his government had given a relief to labourers from high inflation by increasing their wages and added that court has rejected "our decision". 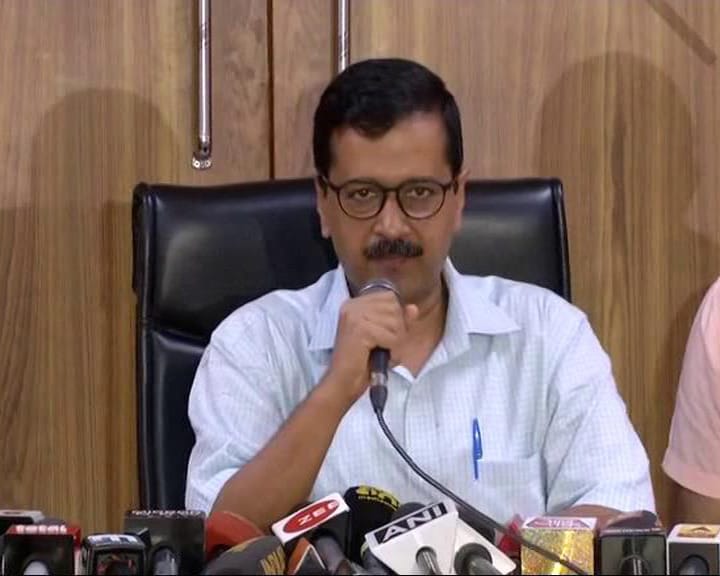 Chief Minister Arvind Kejriwal on Saturday said the AAP government will decide its next course of action after reading the Delhi High Court's order that quashed its March 2017 notification revising minimum wages for all classes of workmen in all scheduled employment.

In a tweet, Mr Kejriwal said his government had given a relief to labourers from high inflation by increasing their wages and added that court has rejected "our decision".

"...We will decide our next course of action after reading the court's order. We are committed to providing relief to poor," he tweeted in Hindi.

In a blow to the AAP government, its much-touted March 2017 order revising the minimum wages for all classes of workmen in scheduled employment was today quashed by the Delhi High Court which said the "hurried" decision was taken without hearing the employers or employees who would be affected and was violative of the Constitution .

In its 218-page verdict, a bench of Acting Chief Justice Gita Mittal and Justice C Hari Shankar also set aside a September 2016 notification by which a Minimum Wages Advisory Committee for all scheduled employments was set up, saying that its constitution was "completely flawed".

The court noted that though the revision of wages "is sorely needed", the "hurried attempt" and "contravening principles of natural justice has unfortunately disrupted this course, yet again" and referred to a line from Alice in Wonderland by Lewis Carrol -- 'The hurrier I go, the behinder I get'.

The bench, however, also said that the fixation of minimum wages in Delhi cannot be faulted simply because they are higher than the rates of minimum wages fixed in surrounding states and towns.

The "flawed" Committee "gave a report which was not based on relevant material, denied fair representation to the employers as well as the employees, in fact without any effort even to gather relevant material and information. The government (of Delhi) decision based on such advice in violation of express statutory provision and principles of natural justice as well as to the prejudice of employers as well as employees is unsustainable.

"Given the detailed factual narrative, the law and the failure of the Committee as well as the respondents to comport to the same, we have no manner of doubt that the exercise of power by the respondents (Delhi government) was not reasonable and was manifestly arbitrary. The same has to be struck down as violative of Article 14 of the Constitution of India," the court said.

The bench said an attempt to constitute the committee in April 2016 had already "disrupted the course of wage revision once". "Alas, even though the revision is sorely needed, the hurried attempt again, inter alia failing to comport with binding the statutory requirements, without relevant material and contravening principles of natural justice has unfortunately disrupted this course, yet again," the court said.

It said the line from Alice in Wonderland "appropriately manifests the manner in which the hurried actions of the respondents (Delhi government) would set back the entire work force of the city".

The court verdict came on the pleas by employers -- associations of traders, petrol dealers and restaurants -- who had sought setting aside of the March 3, 2017 notification revising the minimum wages, saying they were not represented or heard by the advisory committee.

The employers had in their pleas sought setting aside of the September 15, 2016 notification constituting the advisory committee, claiming the persons representing the employers in the panel did not have expertise with regard to nature of employment in the capital.

The court said any change in the prescribed rates of minimum wages was bound to adversely impact either the industry or the workmen and, therefore, "these stakeholders were necessarily required to be afforded a proper opportunity of hearing...".

"We have, in the present case found that in issuing the omnibus notification, employees who, keeping in view their skills/location etc., would have been entitled to higher wages, stand unfairly deprived of the same," it said and added "clearly the Government of National Capital Territory of Delhi was aware of the requirement of law and consciously failed to comport to the same".

On the challenge to appointment of officers of the Labour Department or the Director of Economics and Statistics as members of the committee, the bench said that while their eligibility cannot be faulted, they "failed to conduct themselves dispassionately and did not apply their independent minds".

The court said that the Delhi government appointed the very same officials as independent persons on the committee, who had already taken a view in the matter and made recommendations in the year 2016.

"...therefore, when appointed for the second time, they were clearly close-minded and proceeded in the matter in a predetermined manner," it said.

"The notification dated September 15, 2016 .. is ultra vires of the Minimum Wages Act, 1948 and is hereby declared invalid and quashed.

"The Notification dated March 3, 2017 ... is ultra vires Article 14 of the Constitution of India, the Minimum Wages Act, 1948 and the Minimum Wages (Central) Rules, appears from non-application of mind, is based on no material and is in contravention of principles of natural justice and is hereby declared invalid and quashed," the bench said.