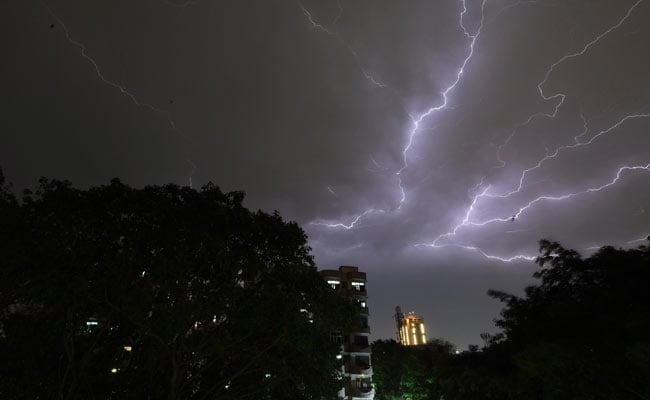 IMD issued an alert for May 8, forecasting that Delhi could be hit by thunderstorm.

New Delhi: A top central government official said today that the India Meteorological Department's warning of "severe" thunderstorm in Delhi and the National Capital Region on May 8 had caused widespread panic, and that the weather office had gone "overboard."

Ministry of Earth Sciences secretary M Rajeevan said, "On that day (May 8), they went overboard. They (IMD) predicted a kind of severe system but that did not happen."

"There was a hype created by the people because the storm had caused a lot of damage on May 2 and 3. When the weather agency issued the fresh forecast for the remaining days, they thought the same kind of severity will be there. But it was not there," Mr Rajeevan added.

"We predicted that there was a probability of thunderstorm on May 2-3, two or three days before it hit the region. But the question was exactly at what time would it start, intensify and dissipate. We cannot tell that two days before (it happens)," Mr Rajeevan said.

Mr Rajeevan defended the weather agency, saying it didn't goof-up in issuing an alert for the May 2-3 high-intensity thunderstorm, which killed over 120 people in Rajasthan and Uttar Pradesh.

He added that with the technology available with the weather agency, "that is the best way of doing it and they have done it."

Following the deadly thunderstorm of May 2-3, the India Meteorological Department had issued an alert for May 8, forecasting that parts of north India, including Delhi, could be hit by thunderstorm and squall with winds gusting up to 50-70 kilometres an hour.

Promoted
Listen to the latest songs, only on JioSaavn.com
The warning triggered panic across the National Capital Region. The Delhi government ordered the closure of schools anticipating bad weather. However, there was no extreme weather activity as predicted by the weather agency.