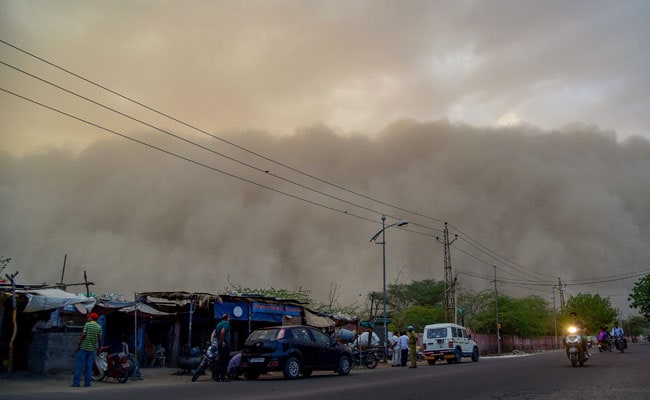 Delhi was hit by a massive dust storm a few days ago, uprooting trees and disrupting power supply.

New Delhi: The national capital and its adjoining areas will witness thunderstorm with strong winds and rain this evening, the India Meteorological Department (IMD) officials have warned. People have been advised to stay indoors if possible.

Strong winds exceeding 80 kilometres per hour will also accompany the thunderstorm in the next few hours.

"Thunderstorm with rain would occur over many places of Delhi and Mahendragarh, Kosli, Gurugram, Manesar, Faridabad, Ballabhgarh, Noida and Greater Noida by evening," the IMD said.

"It was partly cloudy sky in the morning and rains or thundershowers are likely to occur towards the evening," an IMD official said.

Delhi was hit by a massive dust storm a few days ago, uprooting trees and disrupting power supply. It was the second such storm to hit the national capital this week. On Sunday, violent dust storm, followed by rain and lightning had toppled walls and uprooted trees throughout Delhi. Two people were killed in the national capital and 18 were injured in the storm, while one death was reported from Ghaziabad.

In the wake of warnings issued by IMD, schools in Haryana, Delhi and Chandigarh were closed and extra precautions taken across 13 states The storm, however, turned out to be far lower in intensity.