Thanks For Turning Yamuna Bank Into 'Much Cleaner Site': Uma Bharti To Art Of Living 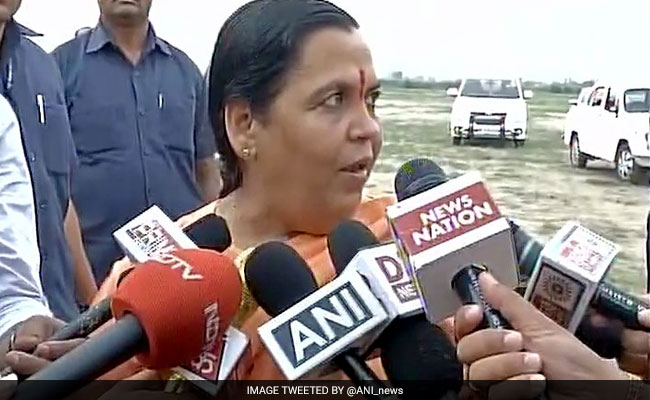 "We should thank Sri Sri for improving the ground which was inaccessible", said Union Water Resources Minister Uma Bharti.

New Delhi: Union Water Resources Minister Uma Bharti on Sunday "thanked" Sri Sir Ravi Shankar's Art of Living (AOL) Foundation for turning the site along Yamuna Bank, where it held 'World Culture Festival' in March, into a "much cleaner site" and even suggested the place be turned into a garden for people.

"The Sri Sri event was discussed so much... I had seen this site in the past too, it was in a poor state, but now it has become much better than what it was. It is a result of Sri Sri organising the event here."

"This site has become cleaner, has turned into a levelled ground, trees here have not been cut, while stretch of bushes have been cleared, which required to be cleared," she told reporters during her visit to the site."

Lauding the spiritual guru, Ms Bharti said he has set "very big example before the country by cleaning dirtiest site in Delhi".

"We should thank Sri Sri for improving the ground which was inaccessible. This will give relief to people of Delhi. I thank him for that," she added.

Ms Bharti suggested both Central and Delhi Government "can make good use of the site, if they want" and turn it into a public amusement facility and said she will convene a meeting to discuss ways to make the site "beautiful".

The Union Water Resources Minister's statement, interestingly, comes in the wake of the National Green Tribunal (NGT) two days ago directing the AOL to deposit an environment compensation of Rs 4 crore, imposed on it for damaging Yamuna's biodiversity during its three-day festival.

On asked by reporters about NGT observations, Ms Bharti said the green body has a right to do so.

"But I am sure the committee appointed by the NGT itself will brief it of the reality. I am here I can see the reality."

Held between March 11 and March 13, the AOL event was marred by controversy with the Foundation being charged of hurting the biodiversity of the river passing through the national capital.