The man was injured in the Dwarka hit-and-run on Sunday night but succumbed to his injuries on Wednesday. 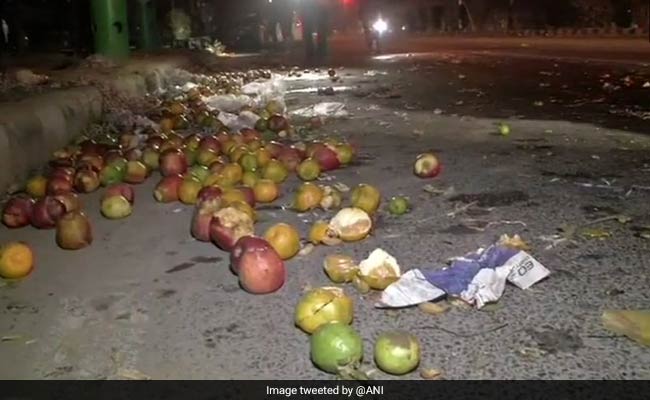 Fruit scattered on the road in Dwarka after the accident.

A 30-year-old man succumbed to his injuries at a hospital on Wednesday after he became a victim of a hit-and-run case in Delhi's Dwarka area on Sunday night.

The man, identified as Inder, was injured and a fruit-seller was killed after a speeding Mercedes-Benz car hit their carts at south-west Delhi's Dwarka around midnight on Sunday, the police said.

The driver of the car was arrested on Tuesday.

The accused, 28-year-old Nukul, told the police that on the night of the crash, after closing his shop in Dwarka, he and his friends left for his residence in Palam Colony.

On their way, he crashed his vehicle at Ganpati Chowk in Sector 9. He fled from the spot, dropped off his friends and then hid the vehicle somewhere in Dwarka. Next day, he fled to a nearby village.

The Mercedes car was later seized.

The accused runs two restaurants in Gurugram and owns a grocery shop in Dwarka.

Police said an eyewitness and the person who called to inform about the accident too were questioned. As there were no CCTV cameras around the accident spot, footage from adjacent roads were analysed.