Civic authorities say they carry out surprise inspections and take appropriate action if a violation of rules is found. 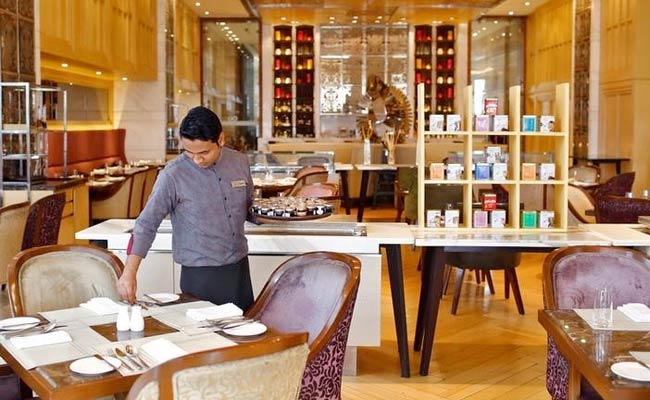 Fire department officials said it is the customers who have to raise questions about such issues.

New Delhi: After Friday's fire in a Mumbai pub that claimed 14 lives has raised concerns of safety at thousands of eateries and restaurants in the national capital as just 400 of them have an NOC from the Delhi Fire Service.

Delhi Fire Service (DFS) officials said that according to the law, eateries with a seating capacity of less than 50 do not need a no-objection certificate (NOC) from the police and fire departments.

After the massive blaze at the '1 Above' pub in Mumbai in which 14 people were killed, fire department officials said only civic authorities can answer questions about the status of fire preparedness of restaurants.

"More than 80 per cent of the restaurants claim that they have less than 50 seats. But who is there to check whether there are only 49 people inside?" an official questioned.

He said only three restaurants in Hauz Khas have an NOC from the DFS. In Khan Market, only four restaurants have it while in Connaught Place, the situation is better with over 110 restaurants having NOCs from the department.

"Since rest of the restaurants claim to have a seating capacity of less than 50 people, we are not even aware about whether they have fire exits, proper staircases and other firefighting measures in place in case a blaze starts," the fire department official said.

Civic authorities say they carry out surprise inspections and take appropriate action if a violation of rules is found.

Old Delhi has a lot of small eateries, in areas like Chandni Chowk, Kashmere Gate and Daryaganj. These areas are administered by the North Delhi Municipal Corporation.

"For eateries and small-capacity restaurants, the NOC and the licence is obtained from the respective civic body's health department," a senior official of the corporation told PTI.

Some of the major restaurants come under the ambit of the South Delhi Municipal Corporation including in areas like Hauz Khas, Greater Kailash, Safdarjung Enclave, and Rajouri Garden, besides others.

"In various zones, the DHOs (Deputy Health Officer) under whom health inspectors work, carry out surprise inspections to check compliance with norms," a senior official of the corporation told PTI.

He said, if a flagrant violation of safety norms is found, civic officials can also "seal the facilities or seize the licence, as the case maybe".

"After expiry of licence, the business-owners have to get it renewed periodically," he added.

Even the New Delhi Municipal Council, under whose ambit Khan Market and Connaught Place fall, claimed it keeps carrying out routine checks at restaurants.

"We keep conducting routine checks and after the recent unfortunate incidents in CP we have made it mandatory for the eateries to take NOC or shut. If any complaints are pointed out to us about any particular eatery, we act on it," a senior official from the council said.

Fire department officials said it is the customers who have to raise questions about such issues.

"We advise people to go to restaurants which are not crowded. Even if one is going to a crowded restaurant, they should ask the hotel representatives whether there are proper fire exits and firefighting measures in place," a fire official said.
Comments
Mumbai Pub FireDelhi RestaurantsDelhi Restaurants Safety