Russian woman alleges she was raped in north Delhi 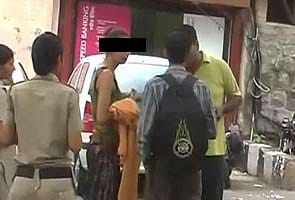 New Delhi: A young Russian woman has alleged that she was sexually assaulted by five unidentified men in north Delhi, police said today.

The incident came to light when the victim walked into the Majnu ka Tila police post along with her husband and lodged a complaint at around 8:15 AM this morning.

She along with her husband was passing through 'Majnu ka Tila' when a group of men waylaid them and took her to a secluded place where they allegedly sexually assaulted them, a senior police official said quoting her complaint.

However, the official said, the victim refused to undergo medical examination at Aruna Asaf Ali Hospital where she was taken following the registration of the case.

Investigators then roped in the services of Subhra Mehdi Ratta, a councillor from Delhi Commission for Women, to counsel her but the Russian woman insisted that she did not want to go for medical examination.

The services of a Russian language expert in Delhi University, Shiv Kumar, was also utilised to communicate with her, the official said, adding that the victim gave it in writing that she did not want to proceed with the case.

The official said they have exchanged contact details and whenever the victim wants, she can approach police.

Promoted
Listen to the latest songs, only on JioSaavn.com
The victim had come to Delhi on February 28 while her husband had reached here 15 days later