Ramdev to Hold 'Yog Shivirs' for BSF Troops in Delhi 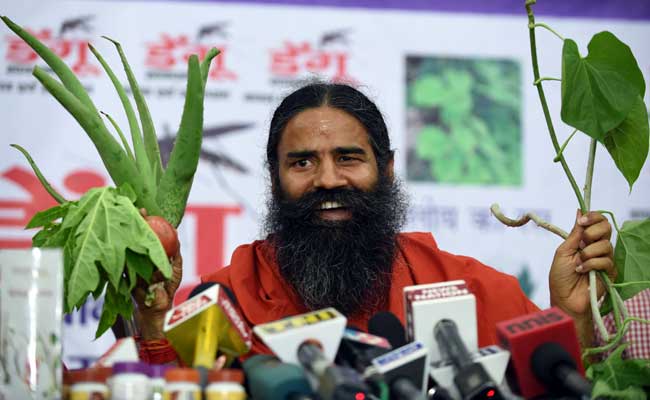 The first part of the training will be held at the Border Security Force camp in south Delhi's Chhawla area from 5:00 am in the morning and will see Ramdev teach special 'asanas' and exercises to the personnel of the border guarding force based in Delhi and their families.

During the second session, he will hold the same exercises for students studying in a school located on the campus.

On October 17, he will travel to a BSF camp in Bhondsi near Gurgaon to hold the 'yog shivir'.

"BSF is completing 50 glorious years of its Raising in 2015 and a number of events are being organised for celebrating the Golden Jubilee Year. As part of (these), the force decided to invite yoga guru Ramdev for the benefit of BSF jawans. The event aims to address the stressful work conditions under which the BSF jawans work," a BSF spokesperson said.

Ramdev had last month held a similar session for BSF personnel in Jaisalmer where they are deployed for guarding the Indo-Pakistan International Border.

The country's largest border guarding force, with about 2.5 lakh personnel, was raised in 1965 and is tasked with not only guarding the Indo-Pakistan border but also the Indo- Bangladesh frontier.

The Union Home Ministry had earlier this year asked all paramilitary forces like BSF, CRPF, CISF, ITBP, SSB and NSG to include Yoga in their daily regimen for troops and officers.
Comments
RamdevYoga Guru RamdevBorder Security ForceRamdev BSF TroopsYogaYoga for Soldiers