"Arvind Kejriwal should shun unnecessary politics over the matter. People are forced to drink contaminated water and children are dying due to this. He should take the matter seriously," Ram Vilas Paswan said. 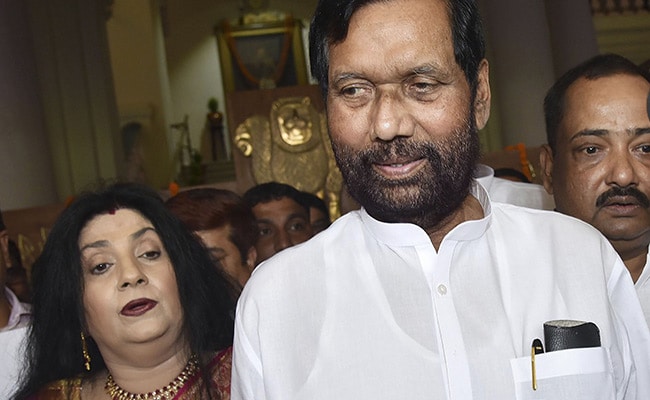 Accusing Delhi Chief Minister Arvind Kejriwal of doing politics over the issue of drinking water in the national capital, Union minister Ram Vilas Paswan on Saturday asked him to set politics aside to deal with the matter seriously as people were forced to drink contaminated water and children were "dying" due to this.

The Minister of Consumer Affairs, Food and Public Distribution told PTI that the Aam Aadmi Party (AAP) leader was making contradictory statements over the issue, even though a test of water samples by authorised agencies had brought to light that Delhi ranked at the bottom among Indian cities as regards the quality of drinking water.

"Kejriwal should shun unnecessary politics over the matter. People are forced to drink contaminated water and children are dying due to this. He should take the matter seriously," Mr Paswan said.

His ministry had asked the Bureau of Indian Standards (BIS) to test five samples taken from every municipal ward of the national capital and prepare a report in 15 days, the minister said.

Mr Paswan said he had asked Mr Kejriwal to name officials from his government to be part of a joint team with central government officials for testing water in different parts of the city, but the AAP dispensation did not respond.

The issue of drinking water quality has taken distinct political colours in Delhi as the city goes to the polls early next year.

While Mr Kejriwal is hoping to retain power on the back of his populist measures like free electricity and water, besides investments in the education sector, the BJP has accused him of neglecting the city's infrastructure such as transport and roads.

The BJP has used the water issue to attempt to corner the AAP. Prime Minister Narendra Modi had also dwelt on it during his rally recently in the national capital.