Delhi Rain Today: The minimum temperature settled at 26.2 degrees Celsius, a notch below normal, and relative humidity at 8:30 am was 93 per cent, the weather department said. 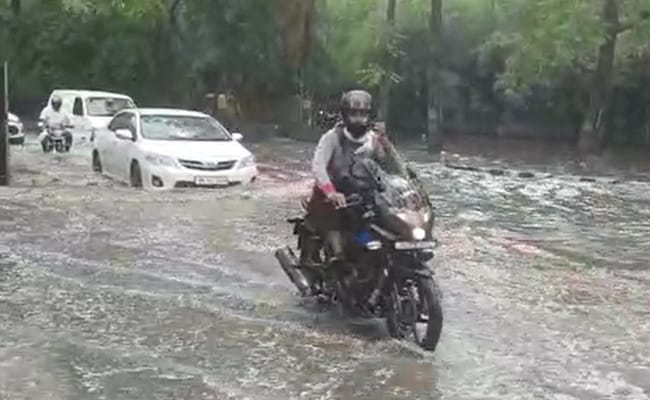 Rain in the national capital this morning brought down the temperature but caused heavy traffic and water-logging in several parts of the city.

The minimum temperature settled at 26.2 degrees Celsius, a notch below normal, and relative humidity at 8:30 am was 93 per cent, the weather department said.

According to India Meteorological Department data, Delhi recorded 2 mm of rains in 24 hours till 8:30 am today.

It, however, caused traffic jams and water-logging in parts of the city, including in Burari and Jasola. Water-logging also hampered the flow of traffic in central Delhi.

In a tweet, the Delhi Traffic Police said, "Traffic Alert As per IMD report: Thunderstorm with light to moderate intensity rain would occur over and adjoining areas of entire Delhi. Commuters are advised to plan their journey accordingly."

The weather office has forecast a generally cloudy sky with light to moderate rain today. The maximum temperature is expected to settle around 36 degrees Celsius.

Delhi had received the first monsoon showers on June 30 morning which had provided a much-needed respite from the oppressive heat.

The air quality index (AQI) of Delhi was recorded in the 'moderate' (114) category around 9:10 am, the Central Pollution Control Board data stated.