No rainfall was recorded by the Safdarjung Observatory till 5.30 pm, but late evening showers were witnessed in many areas 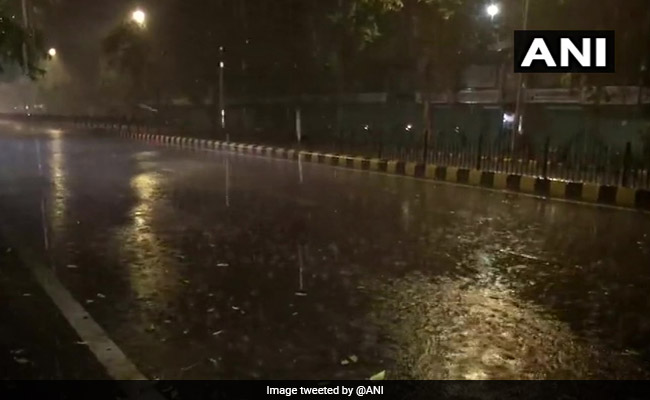 According to the weather department, light rains are expected on Friday. (File)

According to the weather department, light rains are expected on Friday.

The monsoon this year has yielded a bounteous 1,164.7 mm rainfall in Delhi till Wednesday morning, the highest since 1964 and third-highest since the data has been maintained by the India Meteorological Department (IMD).

The weather office also said that thunderstorm with light to moderate intensity rain would occur over and adjoining areas of Yamunanagar, Karnal, Rajaund, Assandh, Safidon.

"There will be generally cloudy skies in the city with light rain or drizzle on Friday. The maximum and minimum temperatures for Friday are likely to hover around 34 and 24 degrees Celsius respectively," an IMD official said.

IMD officials said the relative humidity in the evening on Thursday was 68 per cent, while in the morning, it was recorded at 87 per cent.