During the odd-even scheme, crane and ladder used for the observatory decks will be removed from the Delhi's signature bridge. 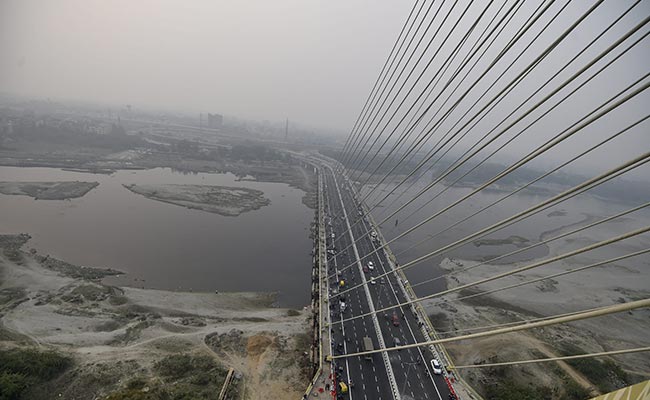 The Signature Bridge connects Wazirabad to East Delhi. It will be closed during odd-even scheme.

The Signature Bridge, which connects Wazirabad to East Delhi, will remain closed during the implementation of the Odd-Even scheme in the national capital from November 5 to 14.

Joint Commissioner of Police, Traffic, told news agency ANI that his department has suggested to shut down the Signature Bridge till Odd-Even continues in Delhi.

A letter received by the Traffic Police from the Delhi Tourism and Transportation Department, said, "Traffic Police needs 12 hours for 15-20 days to completely remove the crane and ladder, which was used for the observatory decks on top of pylons from the site and hence the traffic on the bridge can not be allowed during this period."

The request was given in June and now the traffic police has given the proposed date for closing of the signature bridge.

AAP government's Odd-Even scheme, a road-rationing scheme, which was first implemented in 2016, entails cars with odd and even number plates to run on alternate days. For the last few years, the national capital has been fighting with smog every winter, raising health concerns.