No Need For Odd-Even Scheme In Delhi, AAP Free To Decide: Nitin Gadkari 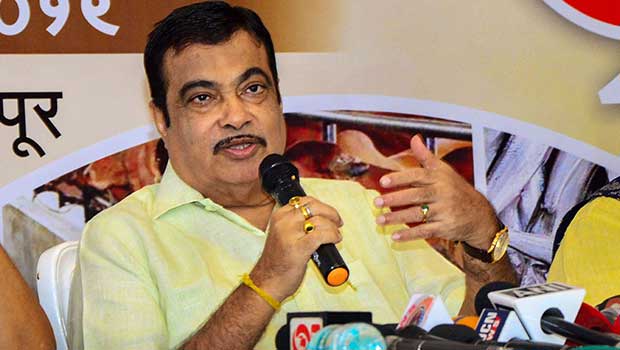 "I think Delhi will be pollution-free in two years time," Nitin Gadkari said

Union Minister Nitin Gadkari on Friday said there is no need for the odd-even scheme in New Delhi due to the steps taken by the centre to combat pollution but maintained that the Delhi government can take its own decisions.

Earlier in the day, Delhi Chief Minister Arvind Kejriwal had announced that the road rationing scheme will return to the national capital from November 4 to 15 to tackle high level of air pollution during winters.

Speaking to reporters after inaugurating a CNG outlet in Nagpur, Mr Gadkari claimed works underway in Delhi would ensure it is pollution-free in the next two years.

"Now there is no such need (for odd-even scheme) because the new Ring Road we have built is helping reduce pollution in Delhi to a certain extent. Besides, my ministry is pursuing roadworks of about Rs 50,000 crore. Cleaning of Yamuna and other works to curb air pollution are also underway," the Union Road Transport and Highways minister said.

"I think Delhi will be pollution-free in two years time," he added.

Mr Gadkari later told PTI that the Delhi government has the right to take its own decisions to combat pollution.

"The Delhi government has the right to take its decisions. We have no problem," he said, expressing confidence that air and water pollution in the national capital will come down due to the steps taken by the state government and the centre.

During the 12 days when the odd-even scheme will be in force in Delhi, vehicles will ply alternately on odd and even dates according to their registration numbers.