Massive Fire Breaks Out In Factory In Delhi

Delhi Fire: 28 fire tenders were at the spot to douse the fire. 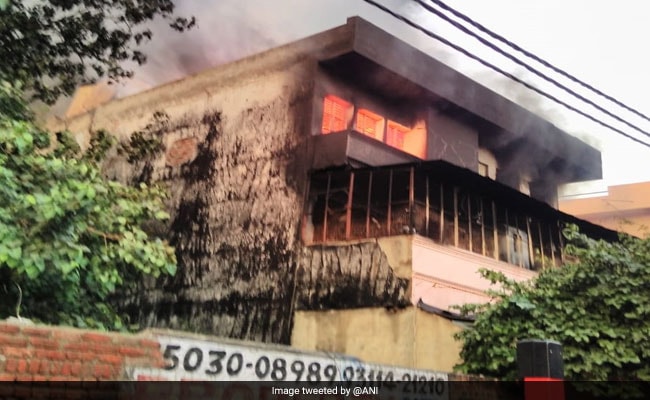 Delhi Fire: Efforts were on to control the blaze.

A massive fire broke out today in two shoes factories in Udyog Nagar area of the national capital. 28 fire tenders were at the spot to douse the fire. Efforts were on to control the blaze. No report of any casualty emerged. More details awaited.

Udyog Nagar is an industrial area in the national capital. The two factories are located in Udyog Nagar's K-block area. A call about the fire was received at 4:35 am

The fire completely engulfed the top floor of the two-storey building. The firefighters were trying to prevent the fire from spreading to the first floor.

Huge flames were seen at the spot, with a huge cloud of smoke billowing out of the building.