Delhi Stabbing: The police claimed that the two accused were inspired by "the lifestyle of big gangsters" and wanted to earn easy money by robbing people, as their families were in debt. 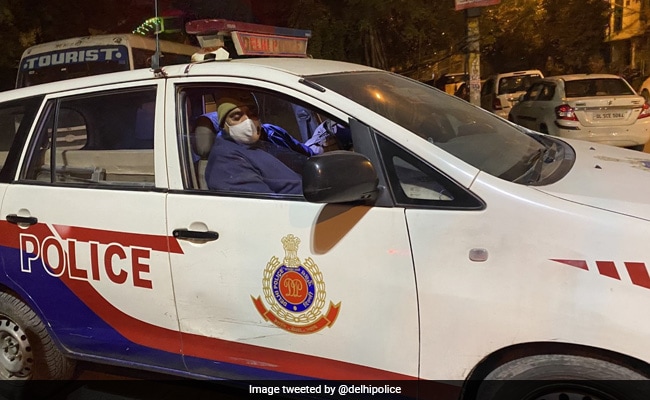 The victim had a quarrel with two unidentified men who then stabbed him to death. (Representational)

The Delhi Police has arrested a man and apprehended a juvenile for allegedly stabbing to death an auto mechanic in northwest Delhi's Mahendra Park area, police said on Monday. The victim has been identified as Dharmender Verma, a native of Dehradun, they said.

The police claimed that the accused were inspired by gangsters' movies and wanted to earn easy money by robbing people, as their families were in debt.

"With the apprehension of an accused along with a juvenile, a team of Mahendra Park police station has solved a blind murder case within 24 hours of it being registered and recovered the weapon - a dagger used in committing the crime which was purchased online," said Usha Rangnani, Deputy Commissioner of Police (Northwest).

"During patrolling on Saturday, our team noticed a person with a stab injury near the Jahangirpuri Metro Station red light. He was rushed to the hospital immediately where he died during treatment," she said.

The victim told the police at the hospital that he had a quarrel with two unidentified men near RU Nagar Gate service road Jahangirpuri.

As the quarrel intensified, one of them caught him from behind and other one stabbed him in the upper abdomen and fled the spot, the DCP said.

"A case was registered and an investigation was taken up. Several teams were constituted and during the course of the investigation, several CCTV cameras of all possible entries and exits towards the spot of the incident were thoroughly analyzed," Rangnani said.

In one piece of footage, two men were seen quarrelling with the victim after which their entry and exit routes were established, police said.

Based on the inputs, technical surveillance and collected local intelligence, the team raided several locations even as the accused tried evade capture, they said.

After several attempts, the police arrested the two. The man was identified as Deendayal and other another was later found out to be a juvenile, she said.

During interrogation, the accused confessed that after accidentally colliding with the victim, a quarrel started between them. The victim slapped one of them and asked them to walk properly which apparently annoyed them so much that they stabbed him to death, the officer said.

"The accused revealed that they were influenced by the lifestyle of big gangsters as shown in movies and web series. Their families had debt and in order to earn a quick buck, they planned to rob people, for which they also ordered a dagger online and started roaming in the area to commit robberies," the DCP said.