Baba Ka Dhaba : The Delhi resident, 80, is now back to running his roadside eatery in Malviya Nagar in the national capital. 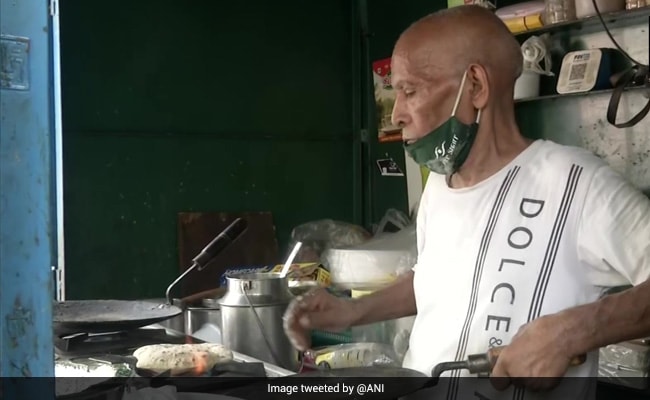 Kanta Prasad said he will run the dhaba all his life.

"Baba Ka Dhaba" owner Kanta Prasad, who made headlines last year after a YouTuber revealed his grim financial condition triggered by the coronavirus pandemic to the world, has shut down a restaurant he had opened using lakhs received in donations. The reason - the restaurant was bringing hardly any customers and gave him poor returns.

The Delhi resident, 80, is now back to running his roadside eatery in Malviya Nagar in the national capital.

"On an investment of ₹ 1 lakh, we only earned ₹ 35,000, that is why we shut it. I am happy running my old eatery as the customer footfall is good here," he was quoted as saying by news agency ANI.

People from across the country had made generous donations to Kanta Prasad after the video - in which he tearfully talked about the loss of business due to the pandemic - went viral.

Reports say the restaurant, which initially generated much public interest and saw impressive crowds, gradually lost customers and was vexed by mismanagement.

Mr Prasad, however, says that he will now run his dhaba till he the day he dies. He has also planned his retirement.

"I will run this dhaba till I am alive. The day business sees a slump, I will shut it. We have saved ₹ 20 lakh for me and my wife from the money we received last year," he added.

The humanitarian gesture had turned into a massive controversy last year after Kanta Prasad aimed allegations of financial misappropriation at the YouTuber, Gaurav Wasan. The social media influencer had denied the charge.