Delhi airport: Four gold bars weighing 300 grams were recovered from hand baggage of the passenger, who was later handed over to customs authorities, said an official. 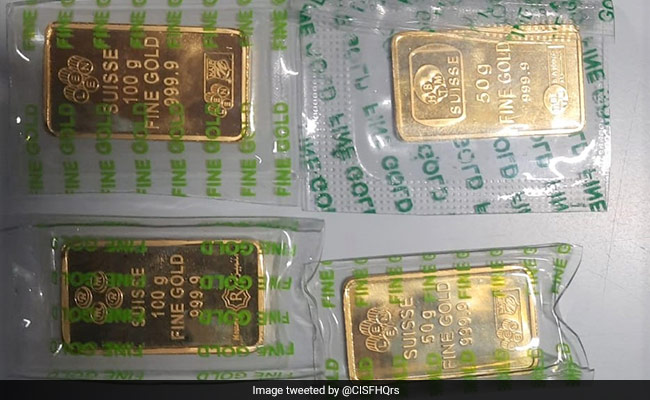 Delhi airport: The gold bars are estimated to be worth Rs 14 lakh, said an official.

An Indian passenger coming from Riyadh was apprehended by the CISF at the Delhi airport on Thursday for allegedly carrying hidden gold bars worth an estimated Rs 14 lakh, a senior officer said.

The passenger landed at the Indira Gandhi International (IGI) Airport early in the morning and was undergoing security check to take a connecting flight to Ahmedabad when he was intercepted.

Four gold bars weighing about 300 grams in total were recovered from the hand baggage of the passenger, who was later handed over to customs authorities for further investigation into the source of the smuggled gold, the officer said.

The gold bars are estimated to be worth Rs 14 lakh, he said.