Police said that, prima facie, the fire started due to an electrical short circuit. 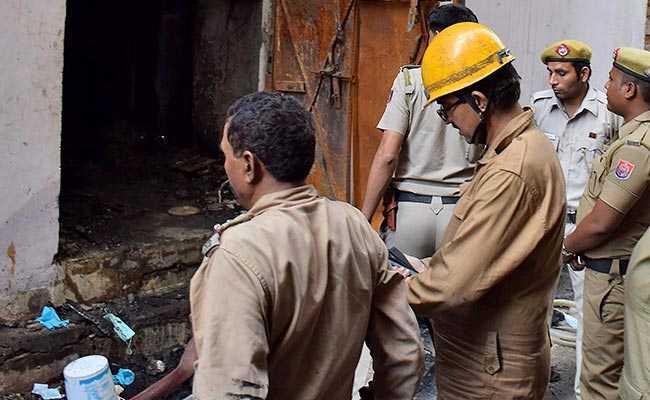 New Delhi: Four persons, hailing from Uttar Pradesh, were killed while asleep in a fire that broke out at a four-storeyed factory early on Monday in west Delhi, police said.

The four, who included a teenager, were among workers who stayed on the factory premises.

Police said that, prima facie, the fire started due to an electrical short circuit around 6.30 a.m. at the Raja Park factory in Sultanpuri, which made shoe and sandal uppers.

Area residents told IANS that they rescued around 15-20 workers from the first and second floors of the building, but had no knowledge about the four who were trapped on the ground floor.

A senior police officer said factory owner Viresh Gupta, 50, had a few documents from the municipal corporation to run the factory, located in a densely populated residential area.

Promoted
Listen to the latest songs, only on JioSaavn.com
"We are looking into whether these documents were enough to run the factory," he said, but did not say whether the factory owner has been arrested.

The area also houses dozens of other factories, mainly making jeans and uppers of shoes and sandals.