A school teacher in Delhi died after being stabbed allegedly by two class 12 students.

New Delhi: On Monday at a government school in Delhi, Class 12 students were sitting for an exam when two of their classmates started arguing with the teacher. They watched in horror when the teens suddenly stabbed their teacher.

Mukesh Kumar, a Hindi teacher at the school in Nangloi in west Delhi, collapsed. The 50-year-old died later in hospital.

Both the students were arrested hours later. One of them is 18 and the other will be in two months, the police say.

A large number of teachers from across Delhi protested near the school and blocked traffic in solidarity with their colleague and to demand more protection. All government schools boycotted exams and classes. 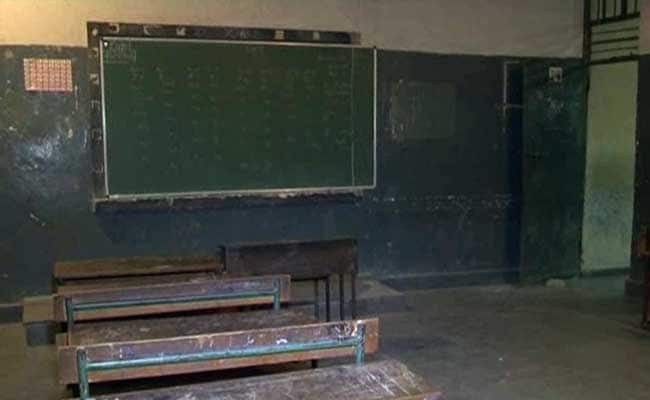 Many teachers alleged threats and harassment by students who are punished either for failing exams or for poor attendance.

One of Mr Kumar's attackers had been expelled recently and had barged into the classroom to confront him during the exam around 5 pm. His friend, who was writing the exam, left his seat and joined him.

The police say the boys "lost their temper" and attacked the teacher with a knife. They punched him, stabbed him repeatedly and then ran away, leaving him bleeding on the floor.

A teacher who was also in the school said: "I was submitting exam sheets ...suddenly I heard some noise and saw two children running. When I went there I saw Mukeshji was bleeding ...we immediately took him to hospital."

He said the students had failed exams several times.

Mr Kumar's brother-in-law said: "He told us that there are six children who failed thrice and their parents were threatening him."

The government has ordered a magisterial inquiry.

Manish Sisodia, the Deputy Chief Minister of Delhi, said: "There can be no compensation for the family's agony... The government will give Rs 1 crore to his family as immediate financial assistance."

He added: "It is high time that we should talk to our children and teach them to respect our teachers."
Comments
Delhi Teacher StabbedDelhi Teacher Stabbed in ClassClass 12 Students Stab TeacherWest Delhi's Nangloi areaBalaji Action HospitalMukesh Kumar TeacherGovernment Senior Secondary SchoolStudent Expelled For Low Attendence