Delhi Government To Give Rs 1 Crore For Stabbed Teacher's Family 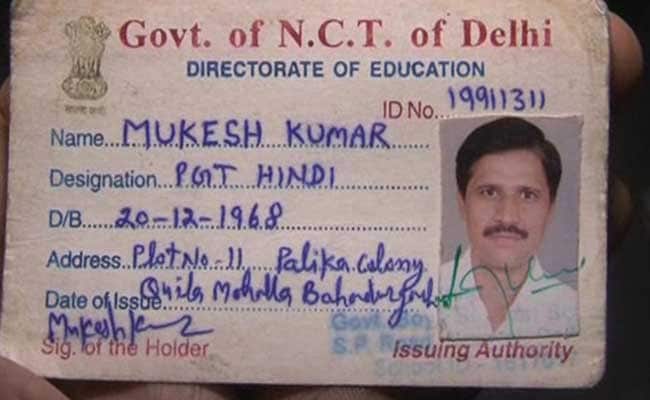 New Delhi: The Delhi government will provide Rs 1 crore to the family of a school teacher stabbed to death by two of his students, it was announced on Tuesday.

The teacher, Mukesh Kumar, succumbed to his injuries at a hospital on Tuesday, a day after he was attacked.

"There can be no compensation for the family's agony... The government will give Rs 1 crore to his family as immediate financial assistance," Mr Sisodia said.

"Our government respects teachers and believes that the contribution of a teacher is just as important as that of a soldier serving at the border," he added.

Mr Sisodia visited Mukesh Kumar at the hospital on Monday night and spoke to the doctors as well as his family members.

"We have got complaints from his family members regarding negligence by school administration and hospital authorities. We have ordered a magistrate inquiry to look into the whole incident especially complaints of negligence," Mr Sisodia said.

"I appeal to the parents that it is high time that we should talk to our children and teach them to respect our teachers," he said.

Promoted
Listen to the latest songs, only on JioSaavn.com
"Confidence of all the teachers has been shaken due to the criminal act of two students. Parents need to work to restore faith in the teachers so that they regain their confidence," Mr Sisodia said adding that if the teachers are scared, the whole education system will fall apart.

Mukesh Kumar, a government school teacher at Nangloi in West Delhi, was stabbed on Monday by two Class XII students in front of their classmates for allegedly having them rusticated for low attendance.