The accused were using an e-pass to cross the borders under the garb of transporting migrant workers, the police said. 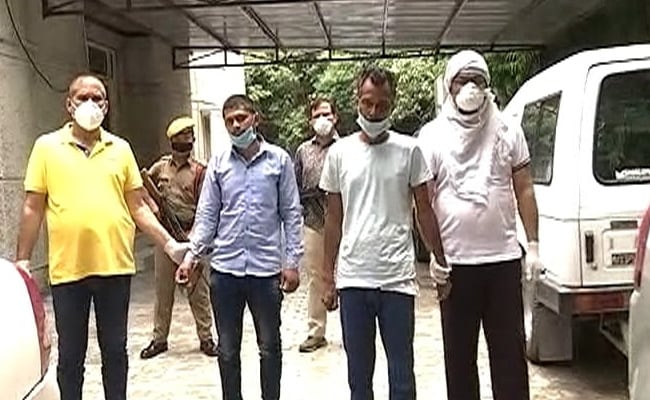 The police have seized around 12 kg of opium worth Rs 2 crore from a car in Delhi.

The special cell of the Delhi Police arrested two men for smuggling drugs worth Rs 12 crore from Jharkhand to Punjab and Delhi amid the nation-wide lockdown.

The accused were using an e-pass to cross the borders under the garb of transporting migrant workers, the police said.

A nation-wide lockdown has been in force since March 25 to tackle the spread of coronavirus and travellers are required to get an e-pass with a valid reason to cross state borders.

Divisional Commissioner of Police of the special cell Pramod Kushwaha said an official received a tip-off about two people who were trying to supply drugs to Punjab and Delhi and were about to reach Burari Chowk in the national capital in a car on Friday.

The police then intercepted the vehicle and seized around 12 kg of opium worth Rs 2 crore hidden in the car. They also arrested the two accused, identified as Shaan Masih and Chetan Patiyaal -- both residents of Hoshiyarpur in Punjab.

The police said the accused revealed that they got the e-pass to cross the borders amid the lockdown in the name of transporting labourers to Jharkhand from the sub-divisional magistrate of Hoshiyarpur. They managed to travel on a single e-pass to Jharkhand thrice.

The accused also confessed, saying that they had transported around 50 kg of drugs worth Rs 12 crore from Jharkhand's Hazaribagh.

They men named one Gurmeet Singh from Punjab as the mastermind behind the smuggling and said he is running a big drug racket.

The police said they have started investigations and are trying to find out how the accused managed to get hold of the e-pass.