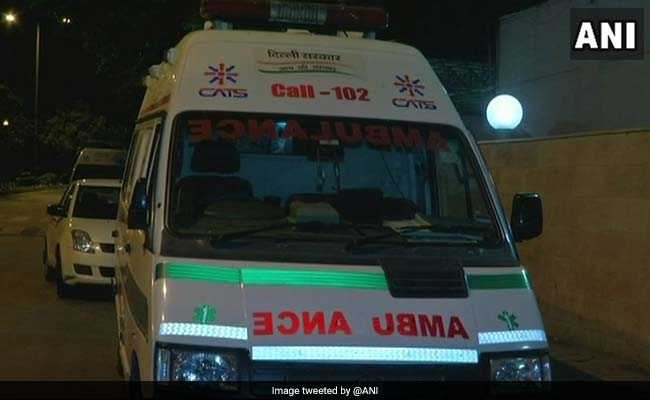 An ambulance outside the Delhi secretariat.

NEW DELHI: Vital health parameters of the BJP leaders, who have been on a hunger strike at the Delhi Chief Minister's office for four days, dipped on Monday, but they decided to continue their protest till Arvind Kejriwal resumed work.

"People of the city are watching the political melodrama being played by the Chief Minister and are dejected. It is an irony that opposition BJP's MP and MLAs are on dharna fighting for water supply in the city, while the Chief Minister is arrogantly involved in ego clash with the authority," Mr Tiwari said.

The BJP leaders sat on the dharna on June 13 demanding that Mr Kejriwal and his ministers, staging sit-in at the Lieutenant Governor's office, resume work and address the water crisis faced by Delhi people. Four days ago, barring Mr Pradhan, they started hunger strike. 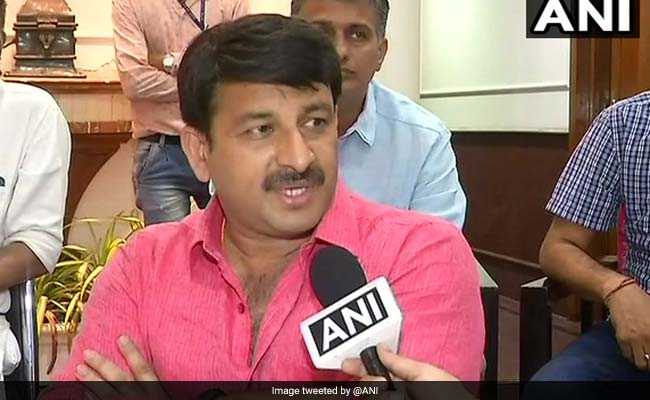 Mr Kejriwal, along with his colleagues, have been at Lieutenant Governor Anil Baijal's office since June 13, demanding a direction to IAS officers to end what the AAP describes a "strike" and approval of the doorstep ration delivery scheme.

While at the Delhi secretariat, Mr Tiwari also visited the offices of some IAS officers and claimed that they were working, and not on strike.

Vijender Gupta said that health parameters of leaders on hunger strike have dipped but they have refused hospitalisation as advised by doctors.

"We were asked to end fast. Ambulances are parked to take us to hospital but we have refused to go," he said.

Mr Gupta on Monday moved a plea against the ongoing sit-in by the chief minister and his ministers.

The Delhi High Court held a mirror to CM Kejriwal and his ministers by expressing "displeasure" over their dharna, Mr Gupta said.

"Kejriwal team is confused about the purpose of their dharna. It doesn't know if it is fighting for statehood or the IAS officers or delivery of ration or any other issue," he said.

He said Mr Kejriwal and his ministers should abandon the path of "confrontation" with the centre, L-G and IAS officers and keep the interest of Delhiites in their mind.

Pravesh Verma said that Mr Kejriwal must pay heed to the concerns of the IAS officers. He must take appropriate steps by respecting their concerns.

The Delhi High Court on Monday asked the AAP government who had authorised the sit-in led by Chief Minister Arvind Kejriwal at the lieutenant governor's office and observed that strikes or dharnas are held outside and not inside someone's workplace or residence.

The observation by a bench of Justices A K Chawla and Navin Chawla came while hearing two petitions, one against Mr Kejriwal's protest and another against the alleged strike by IAS officers of the Delhi administration.
Comments
Delhi SecretariatArvind KejriwalBJP