Lavanya Jha scored 97.4 per cent in the board examination.The DPS RK Puram student is 40 per cent visually impaired. 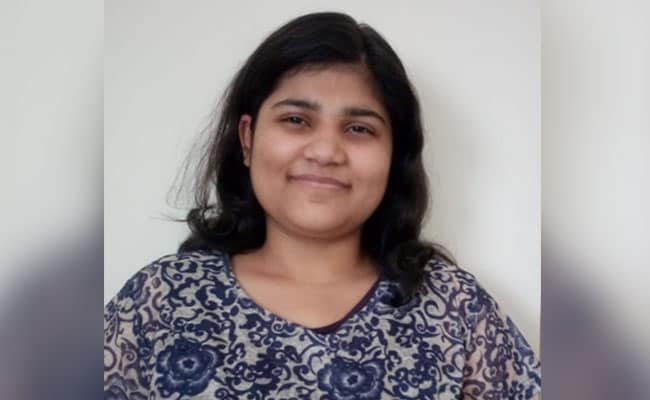 Lavanya Jha said she also gave up watching television to focus on her examination. (File)

New Delhi: Lavanya Jha, who has come third among the differently abled students in the CBSE Class 12 examination, says she did not let partial visual impairment bog her down and come in the way of her aspirations.

Ms Jha scored 97.4 per cent in the board examination.

For her, preparation for the examination began two years ago when she shifted to Delhi from Patna.

"I left my parents and my home. I stayed in a hostel. The course I wanted to pursue was not available in Patna and that's why I had to move to Delhi for my Class 11 and 12," Ms Jha told PTI.

Ms Jha said she also gave up watching television to focus on her examination.

"I gave up TV. I used to enjoy watching songs. I don't think I like watching TV any more now," she said.

The DPS R K Puram student is 40 per cent visually impaired and her impairment was diagnosed in 2014.

"I did not let it affect me. I thought it would be better if I did not pay much heed to it. I ignored it and did not consider it as a hindrance," she said.

"I got extra time to write my exams and and the question papers had a larger font. Even in school, I used to get extra time," she said.

Ms Jha said that she used to study for three-four hours for her exams. She now intends to pursue Psychology (Hons) from Lady Shri Ram College.

The student from Delhi Public School said the feeling of being among the toppers has not sunk in yet.

"I have been giving interviews and it's been tiring. But I am happy," she said.

Ms Jha's father works as a compliance officer with a private bank in Patna, while her mother is a homemaker.

Ms Jha's elder sister, Shreya, is pursuing law in Delhi, and was one of the reasons why her parents were not worried about the safety of their younger daughter while she was in Delhi.

"I am pursuing law from IP University. My parents were assured that I am there to take care of my sister," Ms Shreya said.

The CBSE announced Class 12 board results today. The overall pass percentage was 83.01 per cent as against last year's 82.02 per cent.