According to the System of Air Quality and Weather Forecasting and Research (SAFAR), Delhi's air quality index (AQI) was at 341 on Wednesday which falls in ''very poor'' category. 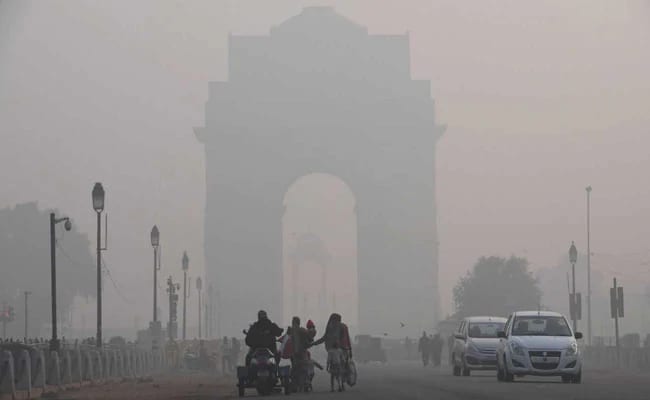 AQI in the national capital was recorded at 339: Central Pollution Control Board. (File)

Delhi's air quality nosedived to ''very poor'' on Wednesday and is expected to deteriorate further to ''severe'' category due to dust storm in northwest India, the Centre-run SAFAR said.

According to the System of Air Quality and Weather Forecasting and Research (SAFAR), the air quality index (AQI) was at 341 on Wednesday which falls in ''very poor'' category.

According to the Central Pollution Control Board (CPCB), the AQI in the national capital was recorded at 339.

Gufran Beig, an scientist at SAFAR, said whole of northwest Indian, including north Gujarat, Rajasthan, parts of Uttar Pradesh, Haryana and Delhi are going to be in the grip of dust storm from tonight.

"As the storm dust is now arrested in Delhi and combining with local dust lifting, further deterioration of air quality is expected for today and tomorrow. Air quality is predicted to touch severe category late tonight and will continue to be so till May 10," he said.

Mr Beig said the "origin of the current episode" is widespread dust from dry arid west Rajasthan region due to high temperature and favourable wind speed.

"Most of the northwest region is going to have very poor to sever air quality during next two days (till May 10). After that, Delhi's air quality is expected to improve due to western disturbance and thunderstorm. But occasional episodes of sudden peaking of dust at isolated places in Delhi cannot be ruled out," he said.