Showers earlier this week had also improved the air quality index (AQI) of the national capital.

The weather condition is likely to continue till Friday, said weather official.

According to the India Meteorological Department (IMD), the temperature today morning was recorded a notch below the season's average at 24.3 degrees Celsius.According to Skymet, the pre-monsoon rains are because of three phenomenon -- Western Disturbance, induced cyclonic circulation and the South Westerly winds.

"The rains on Wednesday were because of the back to back Western Disturbance. The Western Disturbance creates cyclonic circulation over Rajasthan. Also the South Westernly winds from the Arabian Sea are increasing the moisture," Mahesh Palawat, Vice President, Meteorology and Climate Change at the Skymet Weather told IANS.

The condition, he said, will continue on and off till Friday at least.

Showers earlier this week had also improved the air quality index (AQI) of the national capital. The AQI was 138 on Tuesday FAR), while the Central Pollution Control Board recorded Dehi's AQI at 147. 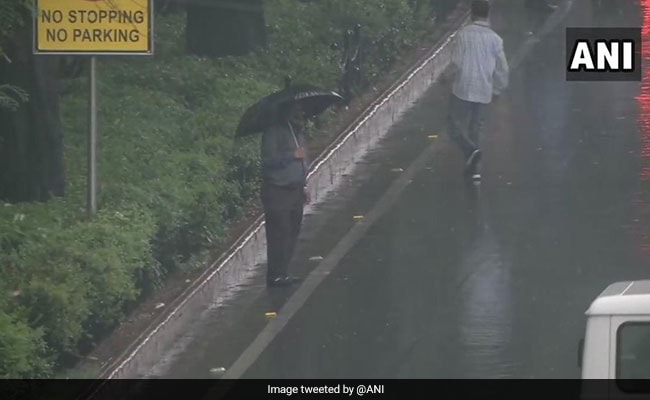 On Tuesday, the maximum temperature settled around 35.8 degrees Celsius four notches below normal.

The overall air quality in Delhi was in the "moderate" category due to the rains. The level of PM2.5 (particles in the air with a diameter of less than 2.5 micrometres) was recorded at 64 and PM10 at 156, the SAFAR said.

Delhi's air quality was oscillating between 'very poor' and 'severe' for the last few days due to a dust storm in northwest India which led to a sharp increase in the PM2.5 level.