Delhi Weather Updates: The weather office has forecast partly cloudy sky with shallow fog in the morning and strong winds during the day. 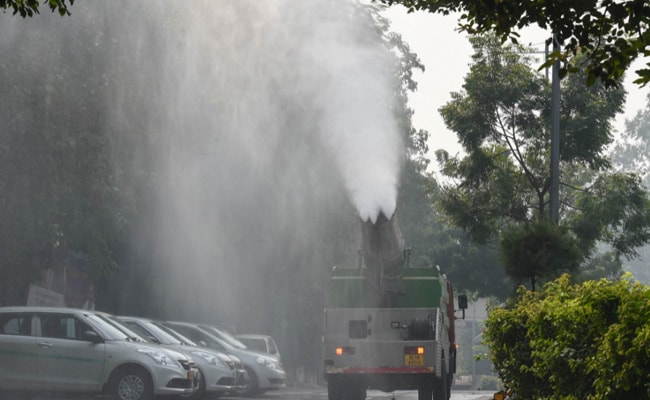 Delhi Weather: The maximum temperature is likely to hover around 28 degrees Celsius.(File)

Delhiites woke up to a cold Sunday morning with the minimum temperature in the national capital settling at 14.2 degrees Celsius, normal for this time of the season, the Indian Meteorological Department said.

Relative humidity recorded at 8.30 am was 70 per cent, they said.

The weather office has forecast partly cloudy sky with shallow fog in the morning and strong winds during the day.

The maximum temperature in the national capital is likely to hover around 28 degrees Celsius, the Met officials said.

According to Central Pollution Control Board's (CPCB) Sameer app, the city's air quality index (AQI) stood at 437 in the severe category at 8 am on Sunday. It was 449 on Saturday.

Due to rampant bursting of crackers on Thursday despite restrictions in place, the air quality in Delhi was the poorest in five years post the festival with rise in incidents of stubble burning in neighbouring states.

The city's AQI slipped to the severe category on Thursday night.