Officials said despite having "democracy walls" and dedicated spaces provided by the administration to paste campaign material, posters especially 'vote for' ones dot the campus. 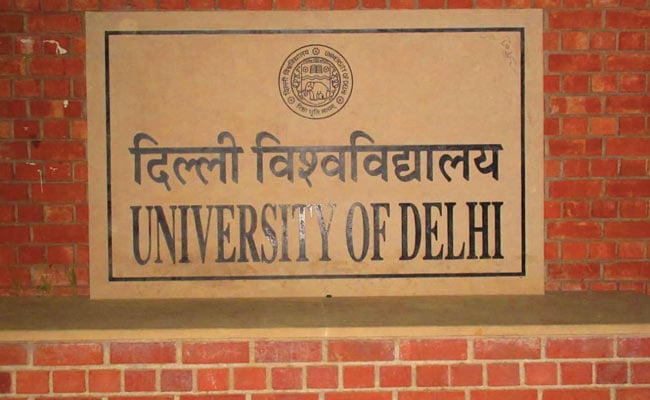 A Delhi University official said, the perpetrators will have to paint the walls themselves.

Putting up posters on the walls inside the Delhi University campus may now prove costly as the varsity has decided to take strict action against those defacing them, including charging compensation or asking the perpetrators to paint the walls themselves, officials said.

Officials said despite having "democracy walls" - dedicated spaces provided by the administration to paste campaign material - in the university, posters especially 'vote for' ones dot the campus.

The situation worsens during the Delhi University Student Union elections when parties try to cover the entire wall with posters, they said.

In a notification issued on Thursday, DU Proctor Rajni Abbi highlighted that "certain elements" are "defacing" the walls of the campus.

She warned that strict action will be taken against those whose posters and names are found pasted or painted on the walls.

The official pointed out that defacing of walls is being done at a time when developments are taking place for the beautification of the university.

"...This is the centenary year of the University of Delhi and we are celebrating it. You must have all seen the recent development taking place in the University like the construction of roads, pavements and whitewashing of boundary walls.

"We want our university to look beautiful. But there are certain elements which are defacing the walls of this University," the notification read.

Ms Abbi noted that the defacement of walls is against the Delhi Prevention of Defacement of Property Act, 2007 and Section 397 of the MCD Act.

"Strict action will be taken against all whose posters and names are found pasted or painted on the walls. They may even have to pay compensation or get the walls painted again," the notification added.

When asked how the varsity will ensure the actual perpetrators are punished, Abbi said proper investigation will be carried out before holding them accountable.

"I know there is a possibility that somebody else might put up the posters of someone else to sabotage their image but we will take action only after proper investigations," said Ms Abbi, adding that everyone needs to take responsibility for maintaining the varsity.

Asked about candidates changing the spellings of their names on posters to escape punishment, Ms Abbi said, "We will hold the proper probe. They will be see their nomination and will track them down."