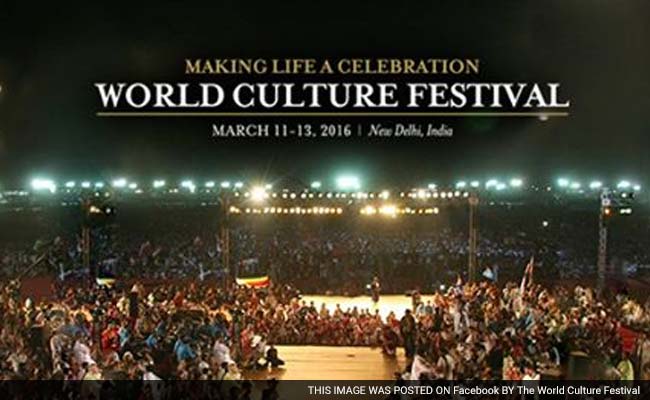 The three-day event is based on the theme of 'Vasudhaiva Kutumbakam'.

New Delhi: Prime Minister Narendra Modi is likely to inaugurate the 'World Culture Festival' to be held from March 11-13 in the national capital.

The three-day event, based on the theme of 'Vasudhaiva Kutumbakam' (world is one family), is expected to be attended by among others, religious and spiritual leaders, political leaders, artists and peacemakers from different countries.

Former Pakistan Premier Yousuf Raza Gilani, besides leaders from a host of nations such as Sri Lanka, Iraq, Nepal and Afghanistan among others are expected to attend the event which will showcase the rich cultural traditions of dance, music and art from around the world as well as the ancient Indian art of Yoga.

"With the World Culture Festival, we hope to foster deeper understanding between people of different faiths, nationalities and backgrounds. The goal of the Festival is to make people from across the globe stand together and spread the message of Vasudhaiva Kutumbakam (world is one family)," the Art of Living Founder Sri Sri Ravi Shankar said.

He said the Festival was a celebration of The Art of Living's 35 years of service to humanity.

Over 35,900 artists are expected to perform at the Festival which will include 8,000 musicians playing 40 instruments in a musical symphony, 650 drummers from South Africa and several tribal artists from Chhattisgarh, Maharashtra and Sikkim.