Temperature Breaches 45 Degrees In Parts Of Delhi Amid Heat Wave 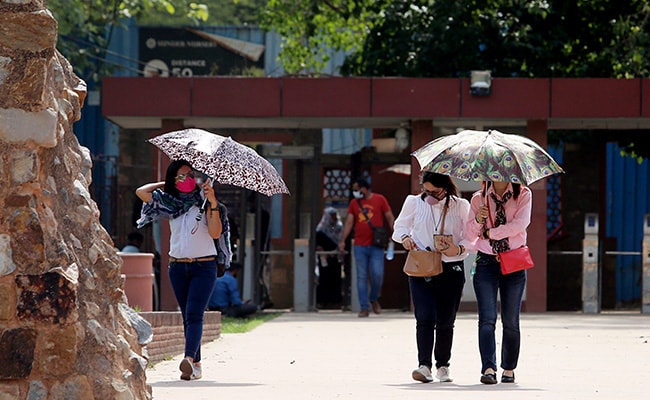 The ongoing heat wave spell tightened its grip on parts of Delhi on Sunday, with the mercury breaching the 45-degree Celsius mark in six localities.

The mercury jumped to 47.3 degrees, seven notches above normal, at Mungeshpur, making it the hottest place in the capital.

The Met office has issued a "yellow" alert, warning of heat wave conditions at isolated places in Delhi on Monday.

Mahesh Palawat, vice-president (climate change and meteorology), Skymet Weather, said Delhi, Haryana, Punjab, north Rajasthan and west Uttar Pradesh may see pre-monsoon activity on and off from June 10. The maximum temperature in the capital may drop to 40-41 degrees Celsius by Saturday.

"The monsoon will cover eastern India by June 15, which will intensify pre-monsoon activity in northwest India," he said.

Based on the absolute recorded temperatures, a heat wave is declared when an area logs a maximum temperature of 45 degrees Celsius.

A severe heat wave is declared if the maximum temperature crosses the 47-degree Celsius mark.