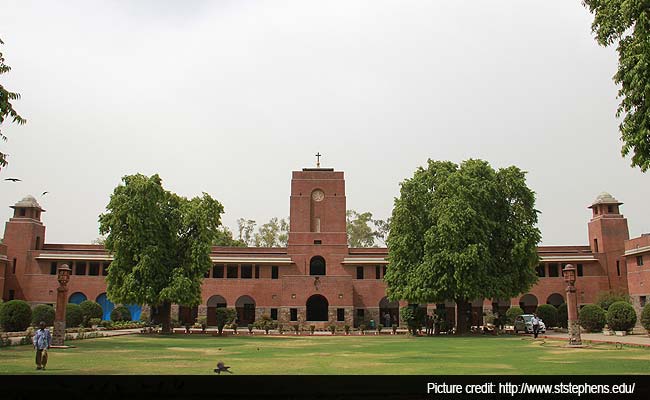 Delhi's prestigious St Stephen's college has suspended a student who had recently launched an online magazine, in a controversial move that has sparked a debate about freedom of speech.

Devansh Mehta, the editor and co-founder of 'St Stephen's Weekly' e-zine, has been suspended till April 23, for "breach of discipline." A notice said the college campus would be out of bounds for the third year student for the next seven days.

He has also been stripped of a good conduct prize he was named for by the faculty. Another student will be awarded in his place.
"It was vindictive of the principal to take action against Devansh in this manner," said a student.

Last month, the college had banned the online magazine started by Devansh and other Stephanians over an interview of principal Valson Thampu, which, he said, had not been cleared.

The e-zine had gone live on March 7. It registered over 2,000 hits on the principal's interview.

In an email, Mr Thampu said: "It is unacceptable that, despite being explicitly told not to publish anything (especially my interview before I had the time to go through and clear the text) you went ahead in defiance. It denotes an awkward failure of education and that is why I cannot take it lightly."

Three other students involved in the e-zine chose to apologise to the principal.

Devansh, a philosophy student in the college, had said that his group had checked with Mr Thampu before launching the magazine and he was "happy" with his interview.

"We mailed him a transcript but he didn't reply. So we didn't delay the publication," Devansh had said last month, adding, "There was nothing inflammatory in the interview. How can this be the best liberal arts college in the country if we don't have the right to speak our minds?"