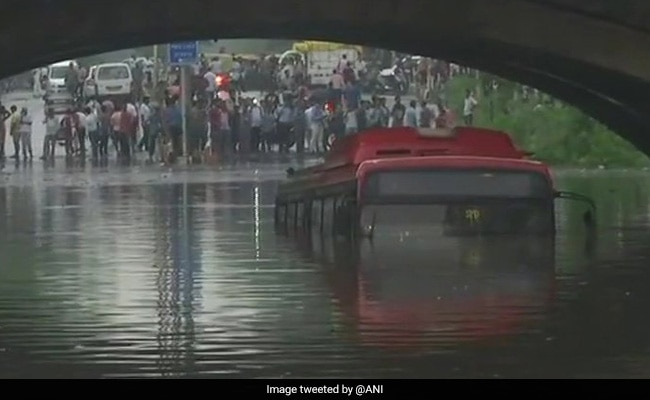 Commuters had to wade through water-logged streets in Delhi as heavy rain hit the national capital on Friday afternoon. Following the deluge, traffic came to standstill in several areas with many important stretches completely in inundated.

Several roads were also shut due to waterlogging and traffic was diverted, which created chaos during the rush hour.

Traffic Alert
Minto Road under bridge waterlogging and traffic have been diverted towards K.G. Marg and Barakhambha Road.

Cab companies also hiked the fares due to the rain and commuters between Delhi and Gurgaon were affected by availability of fewer cabs.

The minimum temperature was recorded at 27.8 degrees Celsius, a notch above the season's average.

According to the MeT department, the humidity level recorded at 8.30 am was 74 per cent. The weatherman has predicted more rains in various parts of the national capital.

"The maximum temperature is expected to settle at around 34 degrees Celsius," the MeT department official said.