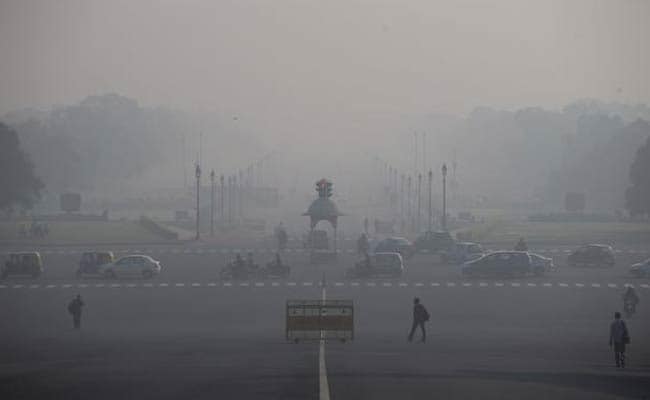 The report, among its other findings, identifies 'road dust' as the biggest source of particulate matter. (File Photo)

New Delhi: Authors of the IIT, Kanpur, study on Delhi's air quality have sought time till March to ascertain the role played by greenhouse gases in air pollution crisis in the national capital.

A comprehensive draft of the study, which was commissioned by the Sheila Dikshit government in 2012, was submitted by the researchers to the AAP dispensation in November last year.

But the team, led by Professor Mukesh Sharma of the institute, has sought time till March 31 to ascertain the status of greenhouse gases, such as Ozone, Methane and Carbon Dioxide in Delhi's air, a senior government official said.

Greenhouse gases were a separate component of the study from the very beginning, the other part of which dealt with source apportionment or finding out the source wise breakup of contributory factors to the level of respirable pollutants among others.

Three months since its submission, the government is yet to make the the report public. Senior officials and green experts have repeatedly suggested it be put in the public domain to enable feedback.

The report, which has found the presence of Polyaromatic Hydrocarbons (toxic gases) in the city's air, says pollution in Delhi cannot be treated in isolation and takes into account sources contributing in and around 300-km radius of the capital.