The most polluted regions include Vasundhra in Uttar Pradesh's Ghaziabad, Anand Vihar in East Delhi and Delhi Technical University (DTU) in North Delhi. 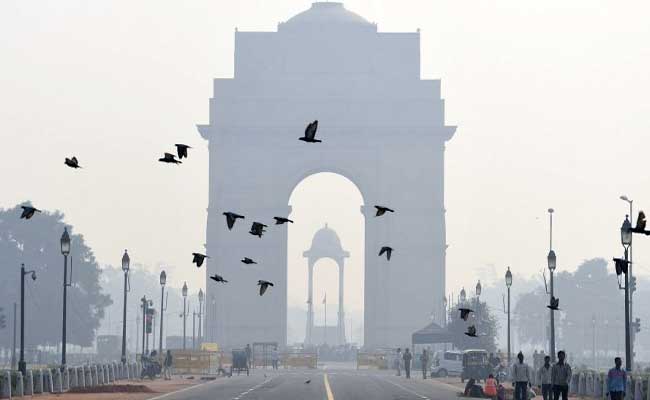 The air quality is expected to deteriorate over the next three days.

New Delhi: Delhi's air quality was back to the 'very poor' category on Friday, dashing hopes of improvement generated on Thursday. The wind speed has dropped which had earlier resulted in dispersion of pollutants, news agency IANS reported.

According to the India Meteorological Department (IMD), the national capital and areas around it received moist southerly winds on Friday with average speed of 7 to 8 kmph.

Across 22 locations in Delhi - NCR the Air Quality Index (AQI) was 126 or 'very poor' against yesterday's 87 or 'moderate' category.

The most polluted regions include Vasundhra in Uttar Pradesh's Ghaziabad, Anand Vihar in East Delhi and Delhi Technical University (DTU) in North Delhi.

However, The System of Air Quality and Weather Forecasting And Research (SAFAR) placed Delhi's air-quality as 'moderate'.  Three out of its ten monitoring stations across Delhi-NCR -- Delhi University , Pitampura in north Delhi and Mathura Road in South Delhi are placed under  'poor' category.

Promoted
Listen to the latest songs, only on JioSaavn.com
The SAFAR predicts the air quality to deteriorate to "poor" over next three days.