The special arm of the Delhi Police had written to the Limca Book Of Records in February citing they have trained 2,08,125 participants under 989 programmes in 2017. 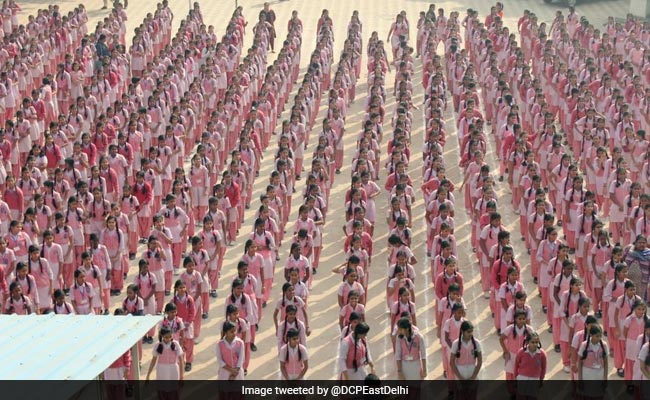 The Delhi Police will receive the award in February 2019.

Delhi Police has entered the Limca Book of Records for training over two lakh women and girls under their self-defence programme in 2017, police said today.

Started in 2002, the Delhi Police's self-defence programme is carried out by the Special Police Unit For Women and Children (SPUWAC) and 9,80,456 women under 5,140 programmes have been trained till November this year, they added.

"We had shared details about the number of women trained under this programme with the Limca Book of Records officials and, after scrutinising the number and other aspects, they informed us today (Wednesday) about our feat," Geeta Rani Verma, Deputy Commissioner of Police (SPUWAC), said.

The Delhi Police will receive the award in February 2019, Ms Verma added.

"We did not work for the award. We achieved our target and after getting this award, it has boosted our confidence and we will train more participants next year. Our target for 2019 is to train around 3.5 lakh women and make them strong to deal with any kind of situation," she said.

In 2002, Delhi Police initiated the programme with the training of only 57 women.

This is not the first time Delhi Police's name will figure in the Limca Book Of Records.

In 2016, the Delhi Police had entered the Limca Book of Records for solving the biggest cash heist case of the country in November 2015 by recovering Rs 22.49 crore of stolen money.